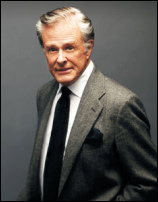 Robert Martin Culp, a 1947 graduate of Berkeley High School, is an American actor, best known for his work on television.

Culp came to national attention with his first role on film as the lead star in the 1957 western television series "Trackdown". After that series ended in 1959, he continued to work in television and guest starred on numerous TV shows in the early 1960s including a lead role of "Captain Shark" in the fourth episode of "The Man from U.N.C.L.E.". Among his more memorable performances were in three episodes of the science fiction anthology series "The Outer Limits" (1963-1965) including the classic "Demon with a Glass Hand." In 1965, Culp would star in what would become his most famous role in a TV series, as Kelly Robinson on the espionage series "I Spy" (1965-1968), opposite co-star Bill Cosby as Alexander Scott. During the series run, he wrote scripts for seven episodes and directed one episode.