Named after its inventor, Eugen Schüfftan, the Schüfftan process is a special effect that allows live action to be combined with a model or transparency "in camera".

The process involves placing a mirror at an angle in front of the camera, so that it reflects the model/transparency. A section of the reflective surface of the mirror is then removed so that the studio set behind the mirror can be seen through the clear glass. By carefully lighting the studio set so that it matches the reflected model/transparency, the final image captured by the camera is a seamless blend of the two.

Although effective and used to great affect in films such as Metropolis, the process was replaced by matte techniques which offer greater flexibility, including allowing the camera to pan.

In a number of interviews, Hitchcock stated that he used the process in several films, including:

It is likely Italian-born artist Fortunino Matania, who specialised in creating life-like crowd scenes, worked on most of the films.

In this scene from the finale of The 39 Steps, only Mr Memory (on stage) and a small group of actors on the right actually move. The rest of the audience are motionless, which implies they are either a photographic transparency or they were painted by Matania. 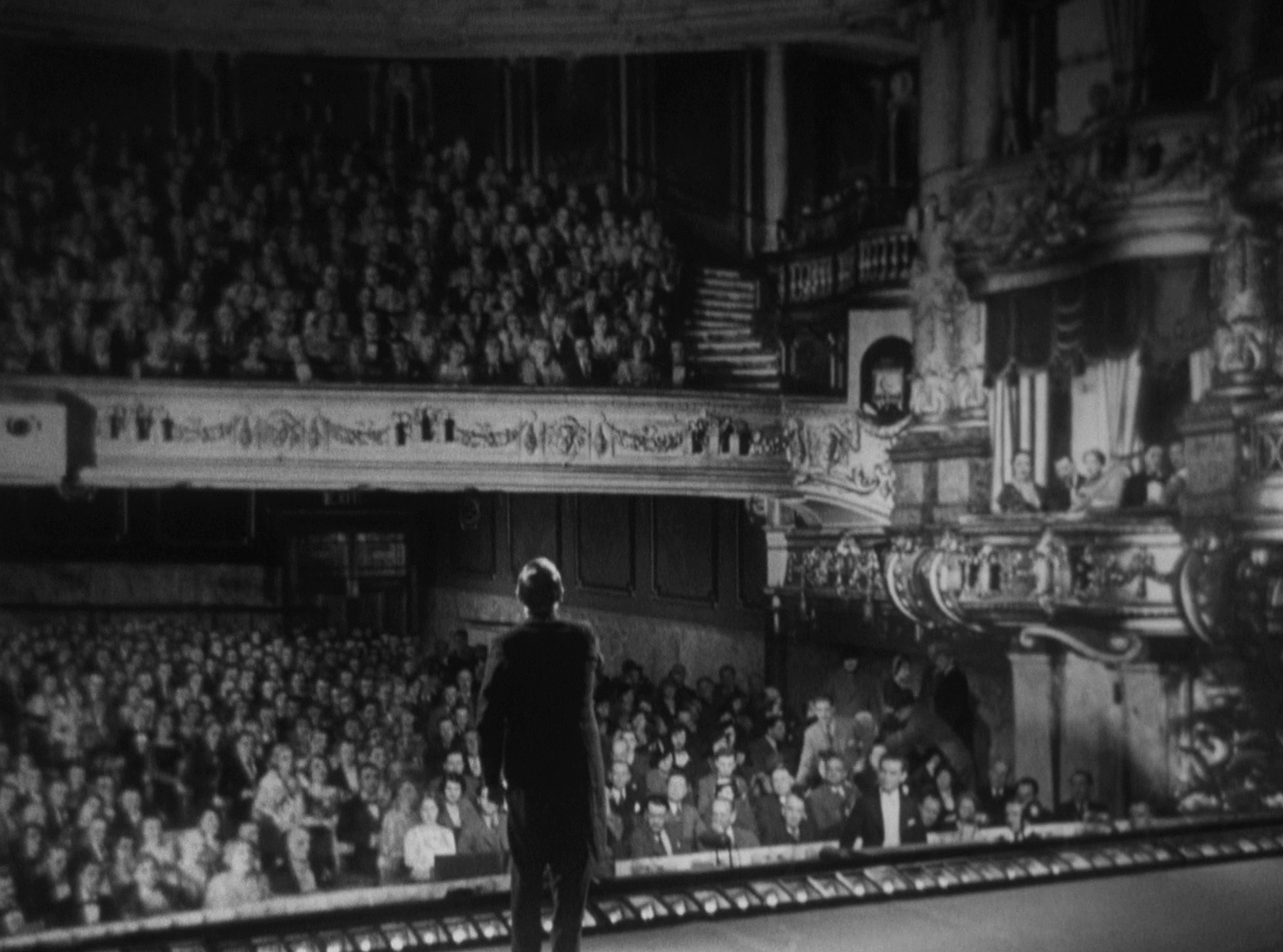 By keeping the sequence short, the eye is drawn to the movement and you fail to notice that the rest of the audience remains perfectly still.