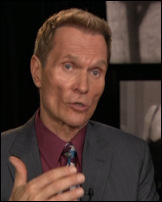 Drew Casper (Joseph Andrew Casper) is an award-winning Professor of Critical Studies in the School of Cinema Television at the University of Southern California.

He is currently the Alma and Alfred Hitchcock Endowed Professor at USC. Dr. Casper's impassioned courses explore a wide breadth of filmic discourse, usually beginning with the perennial Trojan favorite, "190: An Introduction to Film." Further classes of note abound, including an auteur study of Hitchcock, "George Lucas: The Star Wars Experience," and "The Style of Steven Spielberg," as well as critical studies of censorship, genre, and the cinematic periods of Post-Classical, Modernist, and Post-Modern Hollywood. In addition, Casper provides a steady stream of DVD commentaries and expertise on films. He is the author of books about Vincente Minnelli, Stanley Donen, and an upcoming book on Postwar Hollywood 1946-1962.

Drew Casper has contributed to the following DVD releases: