The following article is by Nándor Bokor.

The pictures on the left are frames from my favourite Hitchcock film, The Trouble with Harry (1955). My corresponding photos from October 2003 are on the right.

Sharon, VT. Note that the three trees in the foreground are still there:

The covered bridge at South Randolph. My thanks to the Vermont Covered Bridge Society (web site) for identifying the bridge for me. I also thank Danis Regal and Andrew London for taking me to this location and for their wonderful hospitality in Montpelier later that day. Ms Regal is the executive director of the Vermont Film Commission (web site), and Mr London is a film editor whose films include "Psycho II" (1983) and "Big Eden" (2000). (Ms Regal and Mr London are shown on the third photo.) Ms Regal and I were interviewed for a local TV station.

Jennifer's house (now a parsonage) in East Craftsbury, VT. The porch was not an original part of the house, and was only added for the film (and later removed):

Craftsbury Common, VT. One of the most charming places in Vermont.

The Wiggs Emporium was just a façade built for the film, and was later disassembled. Its place is empty now:

The only surviving part of the Emporium set is now a woodshed (shown below) owned by Ms Rachel Farrar, in Craftsbury Common. 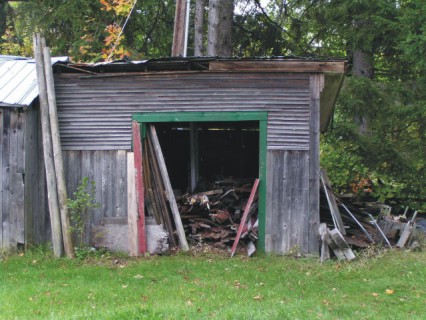 Craftsbury Common, the house on the right side of the Emporium (and the same tree as in the film):

The square in front of the Emporium:

The house on the right side of the Emporium:

The house on the left side of the Emporium (and the same tree as the one shown in the film):

The road leading to the Emporium:

The large building seen in the background on the left was later moved to a different location in Craftsbury Common (my second photo below shows it in its new location):

Location of Hitchcock's cameo in front of the Emporium:

Sam's paintings displayed on a stand, with Craftsbury Common's church in the background:

The building shown on my photo is the Babcock House, which houses the local museum and the Craftsbury Historical Society (web site):

The other road leading to the Emporium:

East Craftsbury, Jennifer's house and its vicinity. The house seen behind the trees in the first picture (the frame from the film) is called Casa Mia:

The view from Jennifer's porch:

The view from Miss Gravely's porch and the porch itself. "Chandler House", the building shown in the background, almost burnt down completely in the 1970's, and was refurbished later.

Greenwood Lake, near Woodbury, VT. This is where the Captain's house (now owned by Elaine Aldrich) stands:

East Craftsbury, the view from Jennifer's porch, with Casa Mia (see above) in the background:

The road in front of Jennifer's house, and Casa Mia:

The American Legion Home in Morrisville, VT. In this hall - which served as a gymnasium in the 50's - a large set was constructed, including the porch and the interior of Jennifer's house. Among others, the scene on Jennifer's porch with Arnie and the frog was filmed here. As seen on the interior photo, a low ceiling has since been installed, and the gymnasium has been divided into a downstairs and an upstairs hall. (2nd photo: this is where the set of Jennifer's house was built.) 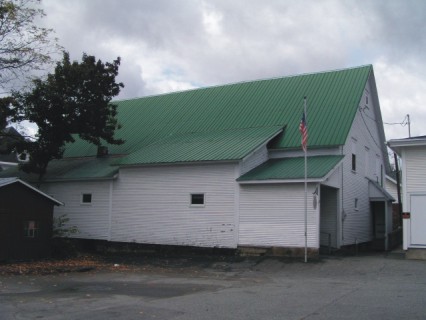 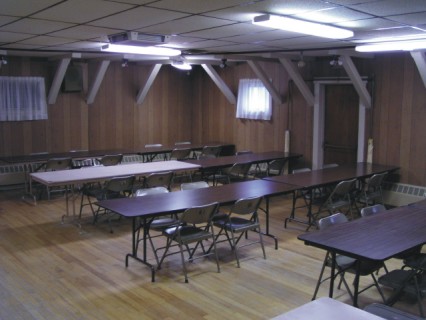 The Babcock House Museum in Craftsbury Common (web site). This fascinating little museum, whose collection was enthusiastically assembled by Mr Dave Linck contains several items dedicated to the town's connection with the filming of "The Trouble With Harry": 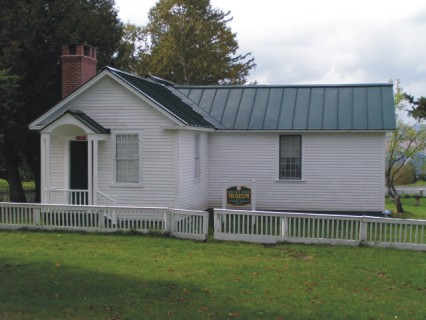 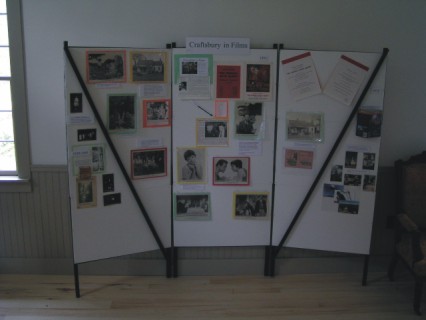 In the Vermont Film Commission (web site), in Montpelier, Danis Regal was kind enough to let me look at their wonderful collection of "Harry"-related materials, including handwritten personal notes, typed press reports, pictures, etc. A good portion of these incredible treasures had been donated to the VFC by Paul Guare, shown on the photo below. Mr Guare worked as the location manager during the filming, doing interviews with the stars and members of the cast and the crew, and preparing and writing materials for the press. His personal memories of the filming are priceless. 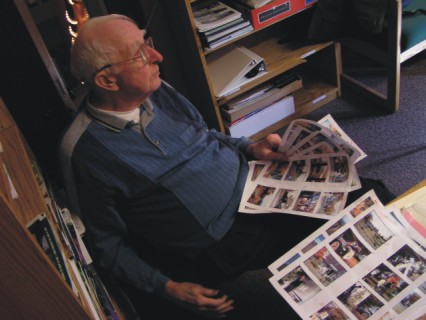 The "Mountain Road Motel" (now called "The Mountain Road Resort", web site) in Stowe, VT, where the crew lived during the filming: 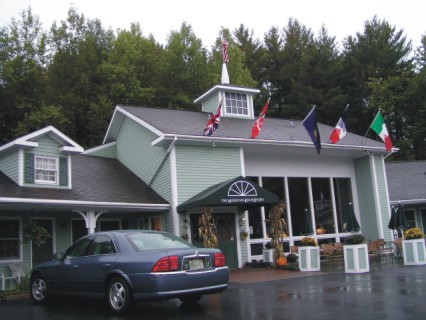 "The Lodge" in Stowe, where Hitchcock and the stars stayed during the filming: 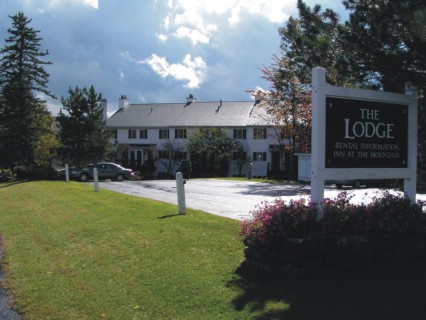 The Paramount Theater in Barre, VT. This little cinema held the world premiere of "The Trouble With Harry" on September 30, 1955. The theater is now divided into two smaller halls, hence the new name, Paramount Twin Cinema. 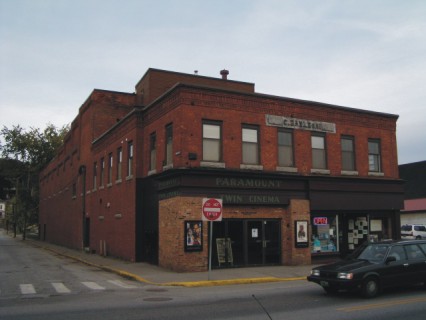 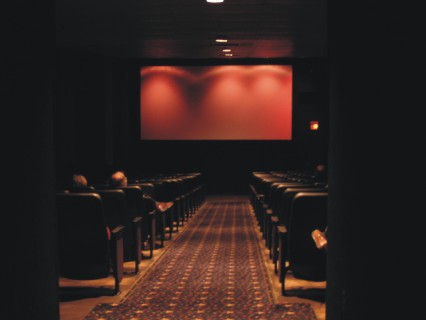