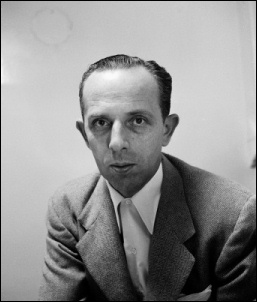 In 1951, Christopher Emmanuel "Manny" Balestrero was working as a musician at the Stork Club, a nightclub in New York City, when he was arrested in a case of mistaken identity and charged with the armed robbery of an insurance office. The pressure of the arrest caused Manny's wife, Rose Balestrero, to have a breakdown and she admitted to a sanatorium. During the court case, the actions of a juror resulted in the judge granting a mistrial. Whilst Manny awaited a re-trail, the real culprit (Charles James Daniell) was caught in the act of robbing a grocery store and Manny was freed. Rose eventually recovered and the family moved to Florida.

In 1953, journalist Herbert Brean wrote an article -- "A Case of Identity" -- detailing the arrest and subsequent release that was published in the June 1953 edition of "Life" magazine. At the same time, Brean also sold a screen treatment of the story to Warner Brothers. In August 1955, Angus MacPhail began work on a screenplay based on the story, which was filmed by Alfred Hitchcock as "The Wrong Man", starring Henry Fonda as Manny and Vera Miles as Rose.