So what did I mean last time, asks JG, by saying that not just Psycho but virtually all of Hitchcock's films are about 'passion' and finally 'passion spent'? Isn't this as true - or untrue - for any film or play or novel that includes tension-and-release and a modicum of suspense? Well, not exactly, JG (if I may quote Psycho's psychiatrist)! Hitchcock was always more knowing about what was involved than most other authors/auteurs. (You yourself paraphrase my 'Senses of Cinema' profile of Hitchcock: 'many of his films are a metaphor for film itself ... which is also a metaphor for life itself'.) However, it's true that I am talking about what Eric Bentley (in 'The Life of the Drama', 1965) calls 'the theatrical occasion'. To illustrate this, and the almost 'ghostly' relationship that actors and audience enter into once the house lights go down, Bentley speaks of how many actors feel strongly 'the need to be loved' - they may even have become actors to satisfy that need! And he continues: 'There are directors in the New York theatre who invite actors to pour out "love, real love" into the auditorium. The hope is that the audience will reciprocate. And it actually can respond with a warmth that has as good a claim to the word love as what the actor feels.' Now, I simply don't think it coincidence that Hitchcock's very first film, The Pleasure Garden (1925), begins in a theatre and shows an audience becoming involved in the erotic spectacle onstage - to the extent that one gentleman afterwards pursues one of the chorus girls to her dressing-room, with obvious amorous intentions! (Compare Bentley: 'Beware of confusion! Gentlemen who rush to the stage door and insist on making the acquaintance of the leading lady may not be strong enough to face the consequences. Marry her they may (they often have), but if they believe themselves to be marrying the lady in the play, and are only interested in marrying the lady in the play, then divorce follows, and they must pursue their will-o'-the-wisp elsewhere.' Shades of Hitchcock's 'ghost' film Vertigo, note!) Film is an erotic experience, or a close equivalent, and Hitchcock knew it. As The Pleasure Garden unfolds, we are treated to a couple of love affairs and - centrally - a honeymoon (with another implied at the end). It's fair to say, I think, that Hitchcock here gives us the wish-fulfilment of having our own honeymoon with his stars: moreover, the (almost) idyllic one at Lake Como in The Pleasure Garden prefigures (subverted) idylls in The Manxman (1928) and I Confess. I would say that there are elements of The Pleasure Garden in virtually every Hitchcock film thereafter, even if sometimes the mode is an ironic one (Mr and Mrs Smith, say, or Psycho itself). Now here's how Bentley concludes his observations on the 'ghostly' matter of play and audience: 'To say that the theatrical occasion points up the problem of illusion and reality, confusing us as to which is which and where we stand to it all, would be a gross understatement. The theatrical occasion is a supreme instance of such confusion; and [Luigi] Pirandello is its philosopher.' Well, I have often commented here on the Pirandellian elements in Hitchcock (going back to the last shot of the sound version of Blackmail), and specifically to how a line from the psychiatrist's scene in Psycho is the very quintessence of Pirandellism: 'When reality came too close, (Norman Bates) dressed up ...' That is, Norman resorted to being an actor, becoming in effect his own mother! (I took the whole matter further this week, on our 'Seriously Alfred Hitchcock' Yahoo Group, where I further likened Psycho to a surreal version of Henrik Ibsen's anti-bourgeois play 'Ghosts', with its theme of incest.) And when you look at the [[Documentary: The Making of Psycho - transcript |transcript]] on the HitchcockWiki site of the 'Making of Psycho' documentary, you find some revealing quotes. I don't necessarly mean Janet Leigh's remark that Hitchcock asked her to help John Gavin show more 'passion' in the opening scene (whereupon I gather she squeezed him intimately, or something!), nor even her comment on Marion Crane's 'desperate grasp at life' (meaning stealing the money to be with Sam). What particularly struck me were a couple of remarks by screenwriter Joseph Stefano. First, he mentions a deleted scene in which Lila (Vera Miles) and Sam (Gavin) acknowledge that they have both 'lost someone they love', meaning the dead Marion (Leigh). And, second, I was struck by Stefano's acknowledgement of the audience. The part of Marion needed someone of the stature of Leigh, he says, 'in order to keep the audience with her [after her character is killed]. Because at an early point in the movie, we ask you [the audience] to forget everybody you loved [Marion and, I guess, Sam] and like these people [Norman and, presumably, Arbogast].' So, yes, Psycho isn't the only Hitchcock film about 'passion' and 'passion spent'. Nearly every Hitchcock film first arouses us and then, finally, calms us down again. More another time. 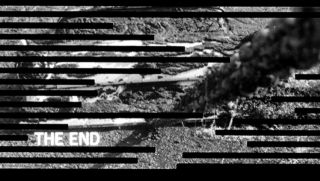