Carl Brisson, the musical comedy actor, makes his screen debut in "The Ring," a new British production trade shown at the Majestic Theatre, Leeds, to-day, before a large company of Yorkshire exhibitors.

The film, which mas reviewed by out London film critic on its premier presentation some weeks ago, proved that in Mr. Alfred Hitchcock, we have a producer in England who has mastered the technique of the screen, and can tell a story in motion picture form without unnecessary sub-titles.

The significance of the production lies in the wonderful camera effects that Mr. Hitchcock has introduced in unfolding this somewhat sordid story of circus life, and the boxing scenes, in which Mr. Brisson, who has figured an a prize fighter, gives a good account of himself.

After the projection, Mr. Brisson, speaking from the front of the circle, said that it was in Leeds that the idea of appearing as a film actor was first suggested him. He was persuaded by Mr. W. Greenfield, of the Scala Theatre, to have a film test, and that finally decided him to venture into the field of British production. 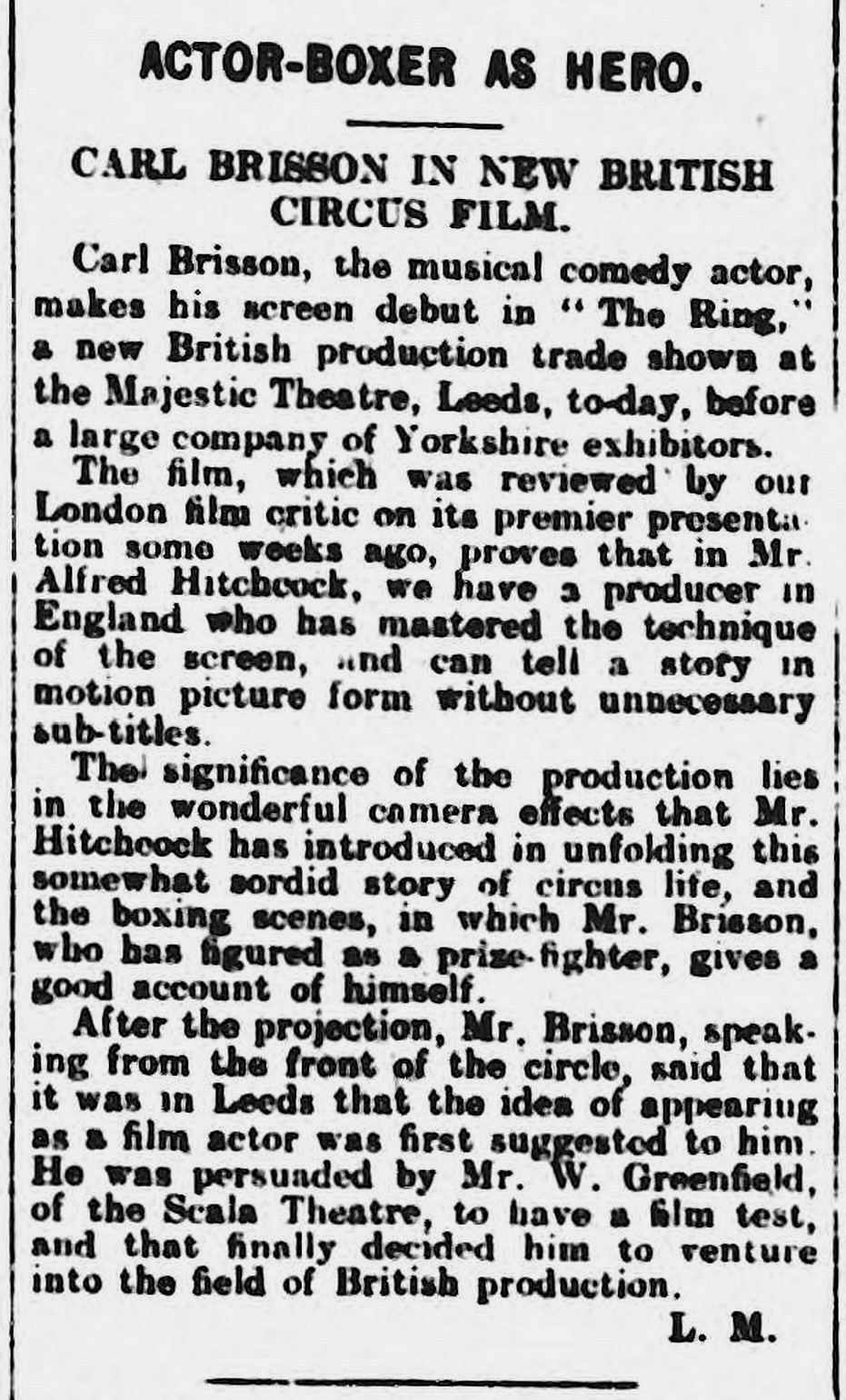