Stratford is a town and district in East London, England, in the London Borough of Newham.

It was historically an agrarian settlement in the ancient parish of West Ham in the county of Essex, which transformed into an industrial suburb following the introduction of the railway in 1839. As part of the growth of London in the late 19th century, Stratford significantly expanded and increased in population, becoming the centre of administration of the Borough of West Ham in 1886 and it has formed part of Greater London since 1965.

Stratford is the location of the London Olympic Park and is currently experiencing regeneration and expansion linked to the 2012 Summer Olympics.

Alfred Hitchcock's great grandfather, Charles Hitchcock (b. ~1791), moved from the village of Dedham (located near Colchester) to London sometime around 1824 and eventually settled at Maryland Point, Stratford, which forms the southern end of Leytonstone High Road. It was here that he established himself as a fishmonger. After becoming a widow, he remarried in 1836 to Sarah Pike. In 1844, the last of his 6 known children was born.

Following his death in 1858, his widow Sarah and her two youngest sons continued running the family greengrocery business. All three of Charles' sons made a living as fishmongers or greengrocers:

Joseph's son, William (b. 1862), married Emma Jane Whelan in 1887 and initially lived as a greengrocer at 39 Chandos Road, where their son William John was born in August 1888, before moving to 29 Louise Road, where their daughter Ellen Kathleen was born in September 1892. At some point in the 1890s they then moved to 517 Leytonstone Road where he gave his occupation as a fruiterer shopkeeper. It was above the family shop where Alfred Hitchcock was born on August 13th, 1899. The family then moved to 175 Salmon Lane in Limehouse sometime around 1907.

Along with William, several of the other grandchildren of Charles Hitchcock also continued working as greengrocers, fruiterers and fishmongers, including:

This period map of Stratford from around 1881 shows the various locations that the Hitchcock's lived in: 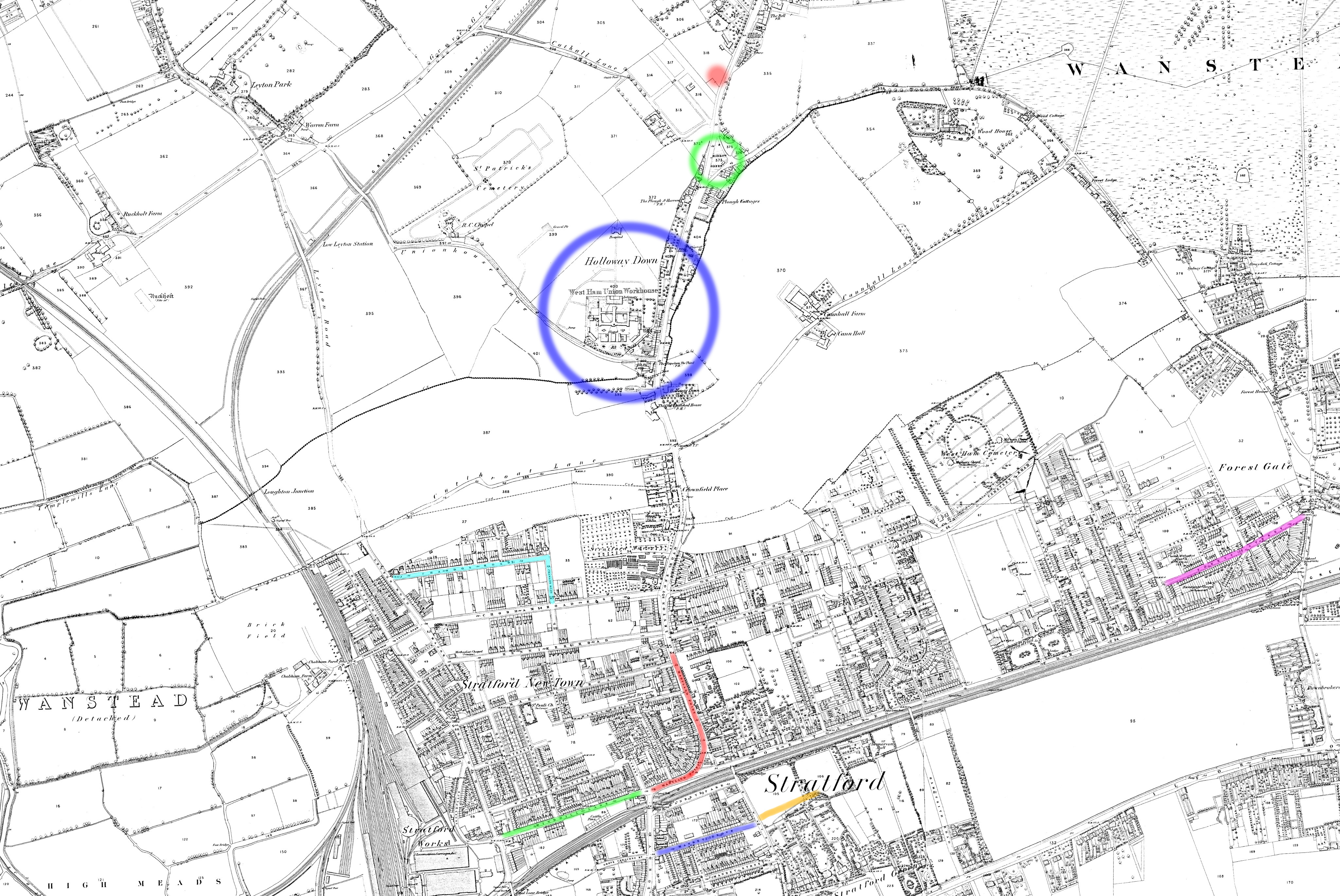