After James Stewart leaves the taxi on Royal College Street, he walks down Plender Street towards the Ambrose Chappell taxidermist on College Place.

As he pauses to let a man who he thinks might be tailing him walk past, we cut to medium close up of Stewart stood in front of a row of houses — this row is in fact the rear of the houses on Royal College Street at the corner with Plender. [1]

Although the distinctive building in the background on Royal College Street still stands, the houses to Stewart's left on Plender have been demolished and replaced with apartment blocks.

Stewart's approximate route from leaving the taxi to entering the taxidermist is shown below in red on a map of the area from 1954: 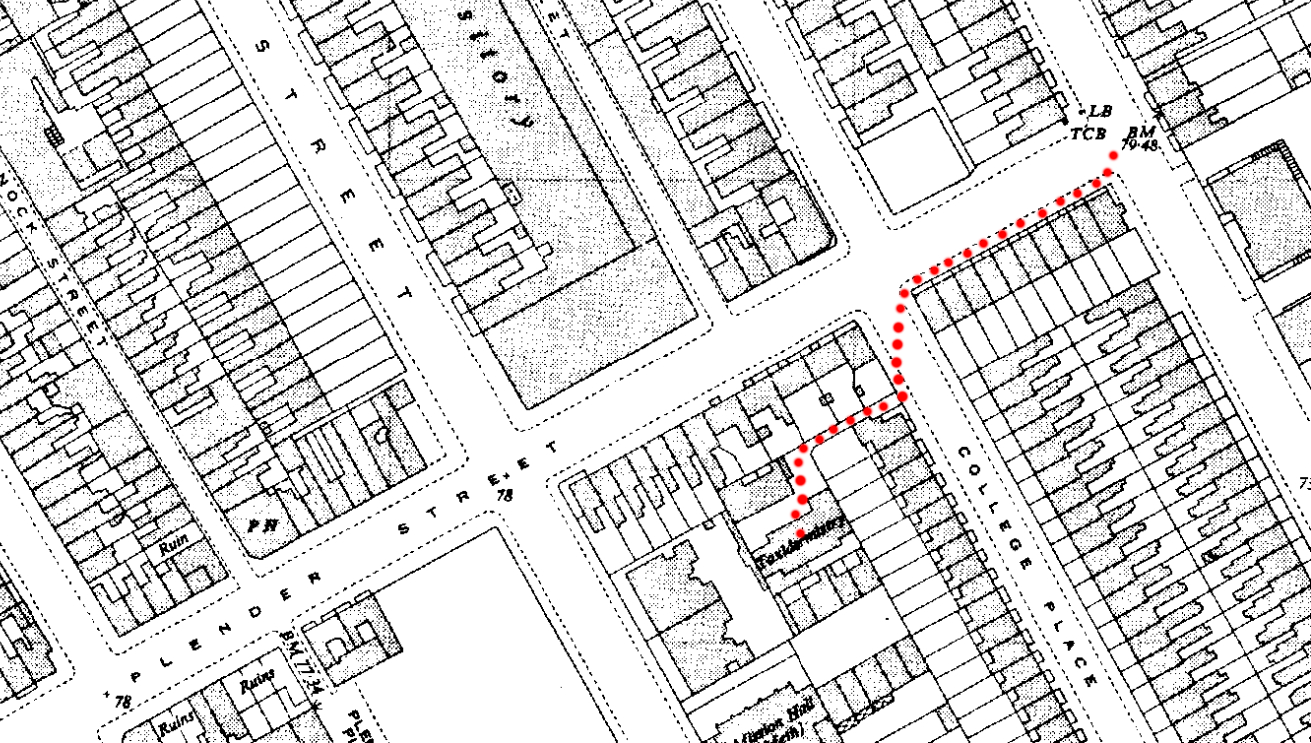