Tribute to a master of the macabre

Sir Alfred Hitchcock was the central figure in Westminster Cathedral yesterday, 40 years after he sat in the sidelines in the same building directing a film.

And death was once again the central theme for the master of the macabre. In 1940, in the film Foreign Correspondent, he depicted a murder attempt in the bell tower in which the would-be assassin plunged to his death.

Yesterday several hundred people paid tribute to a man who had teased and terrified them through a career which spanned 50 years and included more than 80 films.

Before he died on April 29 in Los Angeles, Sir Alfred had asked for a memorial requiem Mass in the cathedral where he had worshipped before taking the path to Hollywood and international fame.

Dilys Powell, the film critic, who delivered an address at the service, said: "He did not make thrillers. What he did was make the thriller. He created a classic; it was never brutal; it was never sadistic; behind everything there was always a delicate moral sense. He saw the jokes and he enjoyed the jokes.

"Now that he is no longer with us, how wonderful to go from this life leaving to the world so much, such great, such lasting pleasure.

"He created the cinema and made it great and was himself truly great."

The celebrant at the service was Canon Oliver Kelly, and Sir John Mills read the lesson.

Among those present were : 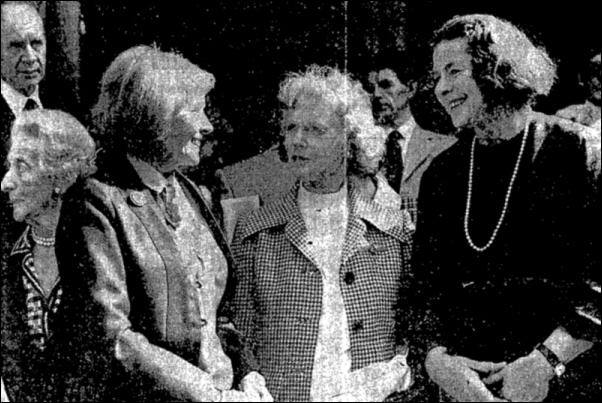