In the film, James Stewart gets out of a taxi on Royal College Street and walks down Plender Street before turning onto College Place.

Real-life taxidermists Edward Gerrard & Sons was used as the location of the fictitious "Ambrose Chappell" at 61 Burdett Street.

The family business was established in 1850 by Edward Gerrard, who worked for the British Museum. The location was conveniently close to London Zoo, which helped ensure a steady supply of dead animals. The business eventually closed in the 1960s after Camden Council decided to renovate the area.[1]

Unusually for a Hitchcock film, where interiors were often recreated back on the studio sound stages, cinematographer Robert Burks advised Hitchcock to shot the action on location and this took place over 3 days from 2nd June 1955.[2]

The former location of Edward Gerrard & Sons is shown on the map below from 1954. The high-walled passageway from Collage Place and the courtyard are shown in yellow, whilst the workshop buildings are highlighted in green: 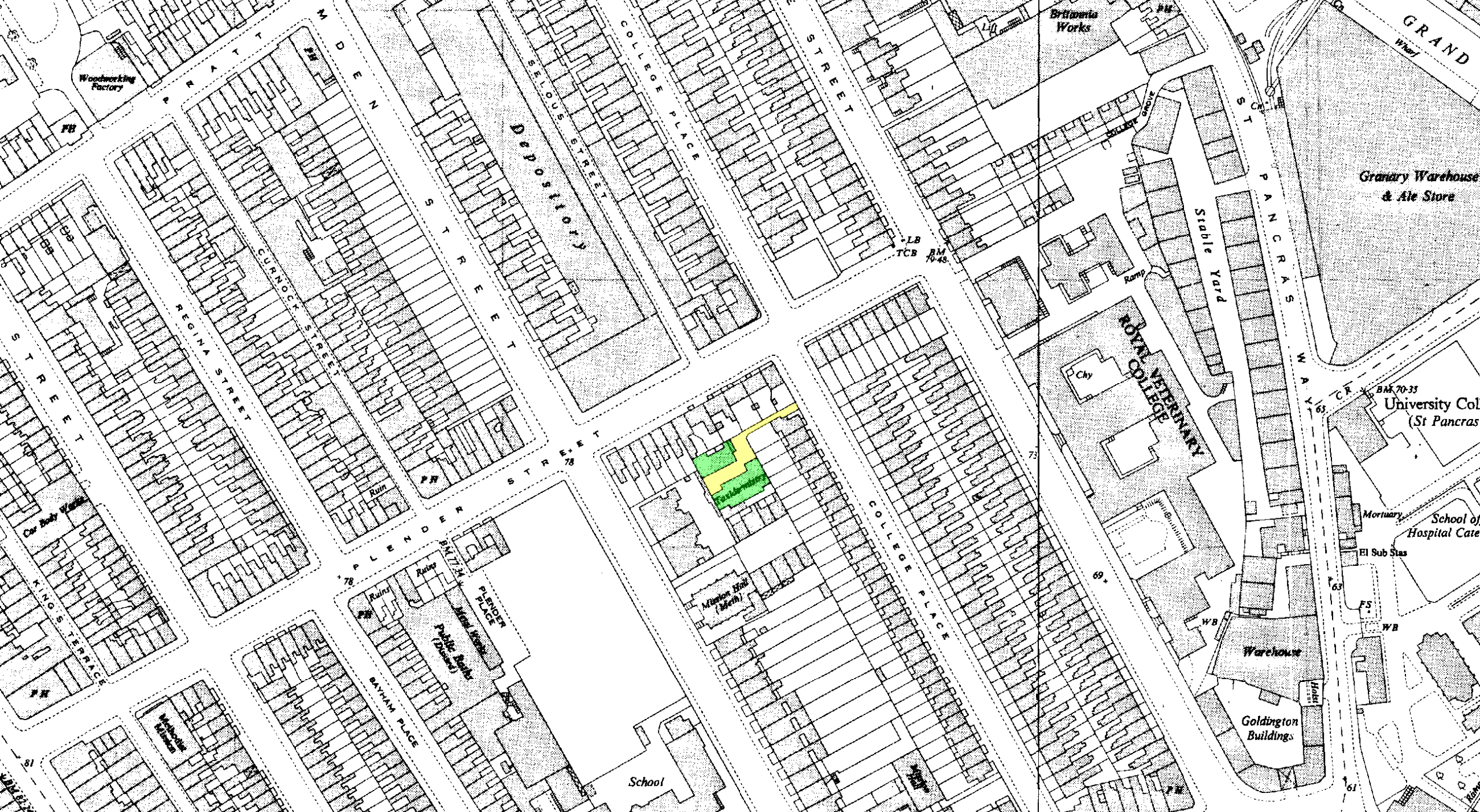