Oxford Street is a major road in the City of Westminster in the West End of London. It is Europe's busiest shopping street, and as of 2011 had approximately 300 shops.

The film began screening to the public on Monday 17th January 1927 at the Marble Arch Pavilion cinema at 531 Oxford Street.

Following the disruption of the power supply from Battersea Power Station at the beginning of Sabotage, Hitchcock included a shot of Oxford Street, in particular Selfridges department store with its distinctive clock, being plunged into darkness.[1]

The exterior of The Blaney Bureau was filmed close to119 Oxford Street, in an alleyway that opened up to a set of buildings known as Dryden Chambers. At the time, the doorway used as the entrance to the Bureau actually led to the Castano Employment Agency. Although the buildings were demolished in the mid-1980s, the ornate entrance arch on Oxford Street is still clearly visible.[2]

The interior office scenes were filmed at Pinewood Studios.

The map below from the mid-1950s shows the location of Dryden Chambers in blue with the passageway from Oxford Street and courtyard marked in yellow. 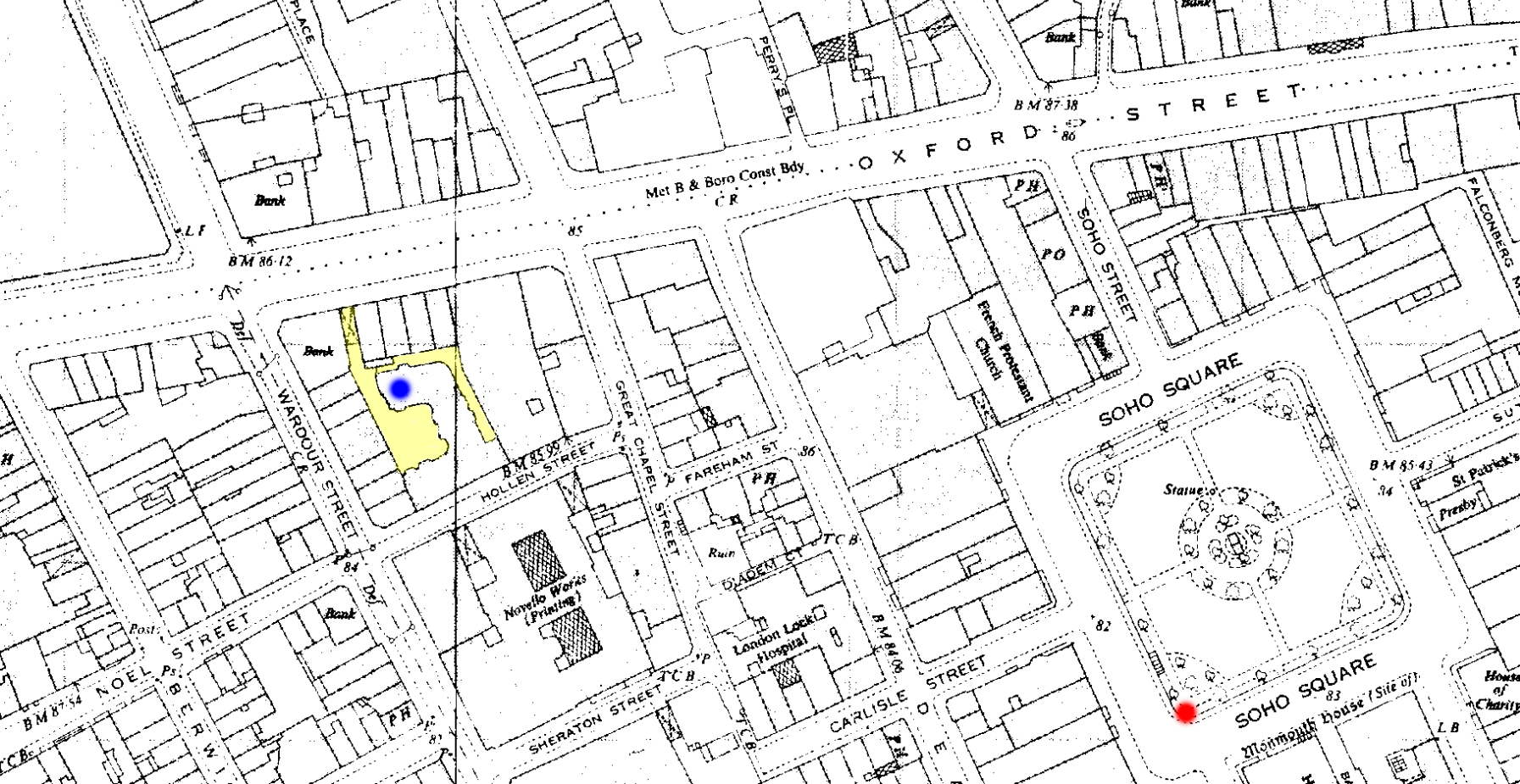 After Brenda Blaney's murder, Richard Blaney (Jon Finch) enters from the dead-end passageway that ran around the north and eastern sides of Dryden Chambers and, after getting no response in the office, leaves the same way. Meanwhile, Brenda's secretary (Jean Marsh) returns from her lunch break via the Oxford Street entrance and spots Blaney leaving. After her scream, the film cuts to Blaney in a red telephone box in Soho Square, marked in red on the map above. In reality, Blaney could not have got to the square via the dead-end passageway we saw him walk down.