Films in the Family Plot

Early on during the filming of Family Plot (1976) in May 1975, Hitchcock held a press conference to help promote the film. But, this being the grand old Master of Suspense, it wasn’t a normal press conference! 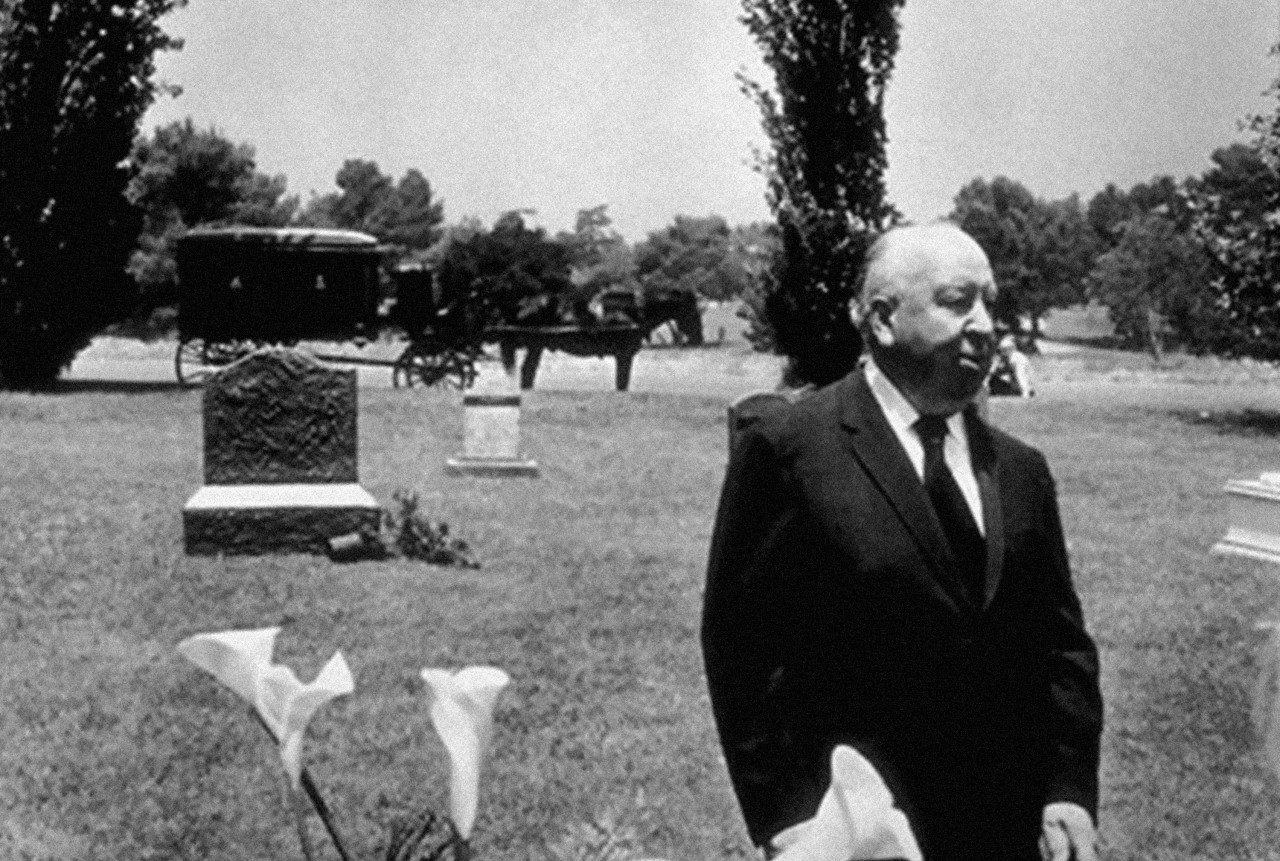 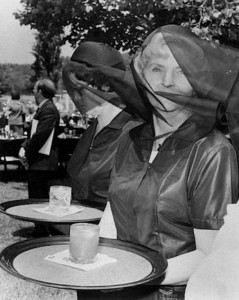 The invited members of the press found themselves in a specially constructed graveyard, each with their own personalised gravestone. If you’ve ever seen this photograph before and wondered what it had to do with Family Plot, now you know — that’s a Hollywood journalist coming face-to-face with his own mortality!

As well as the horse-drawn funeral cortège you can see in the background of the Hitchcock photograph, the director had the waitresses dress in full mourning outfits.

A few weeks ago, I had the good fortune and great pleasure to meet up with Nathalie Morris, Charles Barr and Stephane Duckett whilst spending a couple of days in Leytonstone (more of that in a future blog post!). Whilst I was down there, I found out that something rather special is taking place in a couple of week from now — three of Hitchcock’s films are going to be screened in a graveyard in the director’s very own home town! 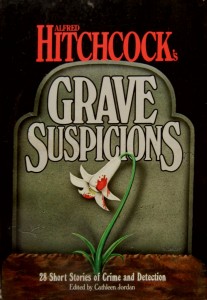 Sadly I didn’t get chance to talk to the organisers in person during my short visit, but I caught up with Dee Wood and Caitlin Maggs online for a chat about the event…

Q. Where did the idea for “Hitchcock’s Home” come from?

Hitchcock is a Leytonstone Lad – a surprising number of people don’t know about this. This July, the Leytonstone Festival is coming, and this year we wanted to do something different!

It’s about time we paid homage to the Master of Suspense and bring him back home to his roots.

Q. Presumably there are lots of places in Leytonstone you could have held this event. What on earth made you pick a graveyard?!

St. John’s is a local focal point, and also the perfect setting to celebrate one of Leytonstone’s main men. The Cemetery makes an ideal location for homage and suspense, not to mention: atmosphere!

Q. What’s your favourite Hitchcock film and why?

The Lady Vanishes is a real Classic British Comedy, and very amusing. It showcases a lot of Hitchcock’s early techniques and British humour. We love this film as one to watch again and again.

Yeah, all films have been especially selected because of their London links and association with the local area. They are also great classics. We really wanted to highlight the local, and show how influential this landscape was to Hitchcock’s filmmaking.

Q. How much do you think being born in Leytonstone shaped Hitchcock?

Massively. Leytonstone, and London in general, were a cinema hub back in Hitchcock’s time. He will have walked past Studios everyday.

Just next door, British Cinema was flourishing all around the young Hitch and will have greatly influenced his films, choice of settings and character focus.

Q. Did you know that Hitchcock held a press conference in a cemetery for “Family Plot” (1976)? He had some fake tombstones created with the journalist’s names on them! Any chance you’ll be doing that for “Hitchcock’s Home”?

Lots of surprises soon to be announced. Keep your eye out on social media! 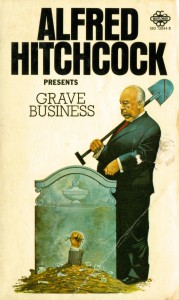 This sounds like it’s going to be an awesome event and tickets are still available to buy online.

The event is taking place at St. John the Baptist‘s in the centre of Leytonstone, which does have indeed have links to the Hitchcock family.

The graveyard with the strongest links to Alfred Hitchcock is St. Patrick’s Roman Catholic Cemetery, where his parents and siblings were laid to rest. However, the Hitchcock family had been in the area for several generations by then and had begun to spread outwards from Stratford.

Charles William Hitchcock (b. 1838) is Hitch’s great uncle and he was baptised on 15 May 1838 at the St. John’s in Stratford. After his father’s death in 1858, Charles William helped his mother Sarah run the family greengrocery store at Maryland Point in Stratford. In April 1866, he married Harriet Frances Turner and, after a few years, they settled in the Leytonstone area.

Three of their children were baptised at St. John the Baptist in a joint baptismal service on 25 June 1876:

Their first son, Charles William Hitchcock (b. 1867), had died aged only 5 and he was buried at St. John the Baptist’s on 20 November 1871. Sadly, Jane Mary didn’t survive to celebrate her first birthday and was buried on 6 April 1877, presumably alongside her older brother.

It seems the family then began worshipping at the newly-opened Holy Trinity church in Harrow Green, and their next two children were baptised there.

So, if you get to go to Hitchcock’s Home, pick your gravestone very carefully, as you might be sitting on one of Alfred Hitchcock’s first cousins!