“Frenzy”… why was the hero named Richard Blaney?

I’ve put the Hitchcock Family Tree blog posts on hold until I finish the research, but I’ll carry on with some of the trivia that I’ve unearthed…

Firstly, I’ve often wondered why Hitchcock and writer Anthony Shaffer decided to change the lead character’s name in Frenzy (1972) from “Richard Blamey” (as used in the source novel) to “Richard Blaney”. Although Hitchcock books usually note the change in character name, I’m not aware that any have stated the reason why. 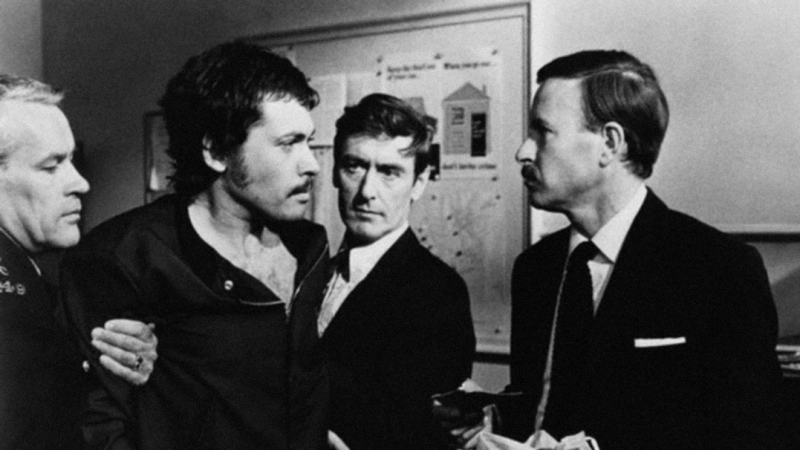 Typically, a studio’s research department will check local telephone directory listings to see if there are any people living in the area the film is set in with the same name as a character — if any are found, they will recommend alternative names for the character. For example, in the case of Psycho, Stephen Rebello notes that the Paramount research department found two people with names similar to “Mary Crane” (the name used in Robert Bloch novel) and suggested Hitchcock select a different name from their list of suggestions: Marjorie, Martha, Marion, Mildred, Muriel, Maxine, Margo, and Marlene.

Writer Arthur La Bern (author of “Goodbye Piccadilly, Farewell Leicester Square”) appears to have chosen “Blamey” on purpose and it’s a very rarely used surname. On the other hand, Hitchcock’s choice of “Blaney” is much more common. So, why did he change it?

As many people people have noted previously, including writer Shaffer, Frenzy was a film in which Alfred Hitchcock connected with his roots, reaching back through the decades to try and recreate a London long gone set in a contemporary version of the city. This was the Edwardian London of Hitchcock’s father, William — the greengrocer who took his son Alfred to Covent Garden to buy and sell produce — overlaid onto the seedy 1970s.

Against Shaffer’s better judgement, Hitchcock insisted on having characters use old-fashioned phrases in their dialogue — something that actor Jon Finch complained about to The Times during filming (“Some of the lines are frankly unbelievable”) much to Hitchcock’s annoyance.

Whilst researching the history of Salmon Lane, where the Hitchcock’s lived from around 1906 to at least 1914 (when William died), I discovered something rather interesting…

The previous owners of the house the Hitchcocks lived in (number 175) were the Blayney family! The Blayney’s owned several other fishmongeries in the area, so it seems probable that the Hitchcocks and Blayneys would have remained in touch and perhaps young Alfred Hitchcock even played with Mr Blayney’s daughters on Salmon Lane?