Hitch in the Rear Window Mirror 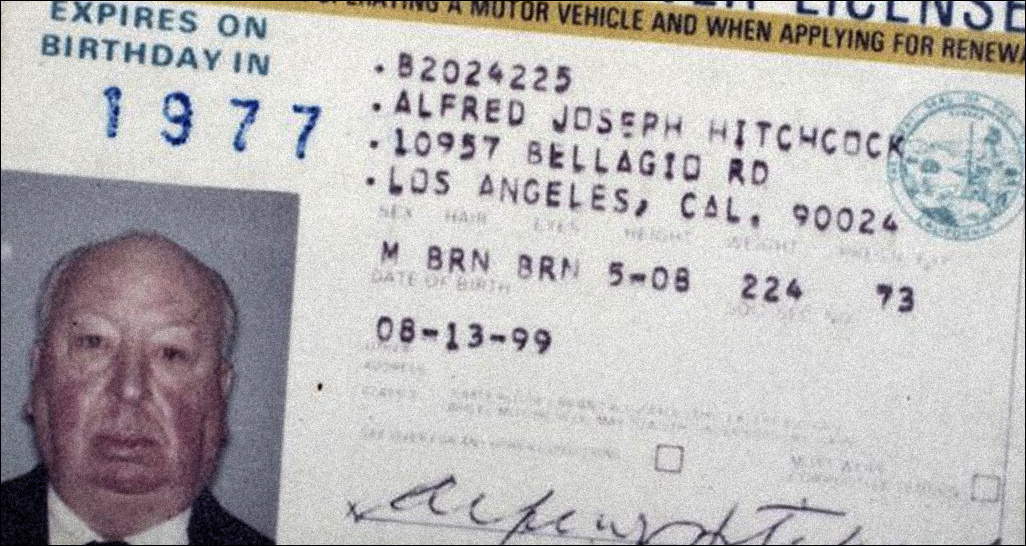 If I had to give one bit of advice to a Hitchcock newbie, it’d be don’t believe anything you read about Hitchcock… especially anything he said in an interview! ;-)

Hitchcock was a man who closely guarded his privacy and was uncomfortable in situations that he couldn’t control, especially with interviewers. For Hitch, this was often a catch-22… he needed publicity for his work, but dreaded intrusive or awkward questions. By the 1950s, he tended to insist on only giving one-to-one interviews when on promotional tours, often in his hotel room with his wife Alma nearby. By inviting them into this private space, presumably this made the interviewer less comfortable with asking probing questions about his personal life.

Over time, Hitchcock built up an arsenal of anecdotes that he could call upon to deflect interviewers — little insights into his life that seemed to offer the interviewer (and the reader of the interview) something deeper about the director’s psyche. In his book, “Hitchcock and France: The Forging of an Auteur”, James M. Vest documents the initial frustration of the Cahiers du Cinéma writers when Hitchcock evaded their probing questions about his life, or about symbolism in his films, by instead responding with the familiar anecdotes. Do any of these sound familiar?

For example, in 1969 he told Robert Ebert, “I have such a dread of the law, you know. Of policemen. I did not drive a car for 11 years after coming to this country for fear of being stopped and given a ticket. Psychiatrists tell me my phobia can be cured, but I doubt it.”

In reality, Hitchcock did drive, he held a valid license well into his 70s and, as biographer John Russell Taylor noted, routinely drove his daughter to school and Sunday mass during the 1940s:

Though Hitch pretends to have given up driving altogether when he arrived in America, from total paranoid fear of the police, in fact this is not quite so. He did own a car in Los Angeles, and though Alma, intrepid to a fault, did most of the driving, he would regularly and without fail drive Pat to church every Sunday for mass — indeed, church soon became the only place he would drive to, perhaps with some faint notion that since he was, after all, doing God’s work He would not let anything too bad happen.

However, it seems he much preferred to be driven and would usually let his wife Alma take the wheel. His daughter Pat told writer Charlotte Chandler:

Certainly by the 1950s there was little reason for him to drive, as his studio contracts would have included a chauffeur.

Like most of Hitchcock’s interview anecdotes, there was perhaps a small grain of truth to the story but the Master of Suspense weaved something much bigger out of it.

As for his claim he detested eggs, it was apparently only the ooziness of a raw egg that he disliked… but even that didn’t stop him enjoying poached eggs on toast*. Here’s Nathalie Morris of the British Film Institute preparing one of Hitchcock’s favourite dishes (he also loved soufflés!) :-)

* John Russell Taylor included this insight in his biography of Hitchcock:

One day at tea I asked him about his relations with World War One. He said that during his job with the electric wire company he and a mate had belonged to a cadet force, that used to exercise in Hyde Park, and after the exercises they would go to the cinema cafe at Marble Arch to eat poached eggs on toast. “Ah”, said I, “so your aversion to eggs has not been lifelong?” But, more important, Alma said “Hitch, I’ve never heard that before.”