Following on from yesterday’s post, here’s another archive clipping about Blackmail (1929) from the Hull Daily Mail (11/Sep/1929)… 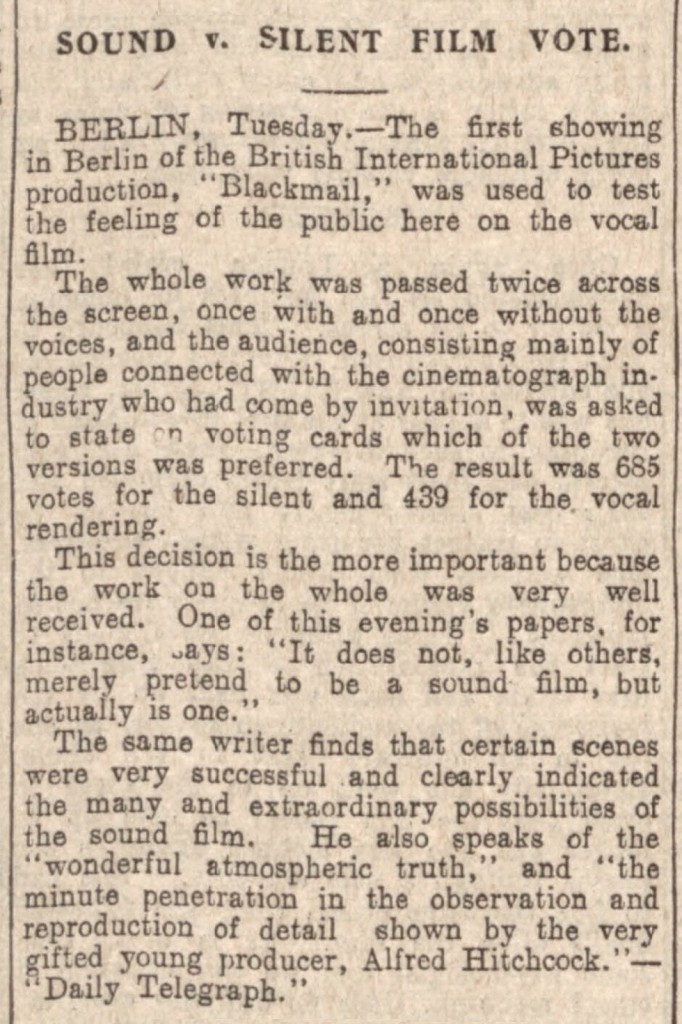 The first showing in Berlin of the British International Pictures production, “Blackmail,” was used to test the feeling of the public here on the vocal film.

The whole work was passed twice across the screen, once with and once without the voices, and the audience, consisting mainly of people connected with the cinematograph industry who had come by invitation, was asked to state on voting cards which of the two versions was preferred. The result was 685 votes for the silent and 439 for the, vocal rendering.

This decision is the more important because the work on the whole was very well received. One of this evening’s papers, for instance, says: “It does not, like others, merely pretend to be a sound film, but actually is one.”

The same writer finds that certain scenes were very successful and clearly indicated the many and extraordinary possibilities of the sound film. He also speaks of the “wonderful atmospheric truth,” and “the minute penetration in the observation and reproduction of detail shown by the very gifted young producer, Alfred Hitchcock.” — Daily Telegraph