It’s widely known that the character of Mr. Memory (played by actor Wylie Watson) was based on a real-life music-hall performer — William James Maurice Bottle (1875-1956), who performed under the stage-name “Datas: The Memory Man” from 1901 onwards.

Hitchcock told François Truffaut about Bottle’s act and why Mr. Memory is unable to stop himself revealing his secrets at the end of the film:

The audience would ask [Datas] questions about major events, like: “When did the Titanic sink?” and he would give the correct answer […] The whole idea is that the man is doomed by his sense of duty. Mr. Memory knows what the thirty-nine steps are, and when he is asked the question, he is compelled to give the answer.

Not only does Watson use Bottle’s well-known catchphrase (“Am I right, sir?”) in the film, he also bears more than a passing resemblance to the performer: 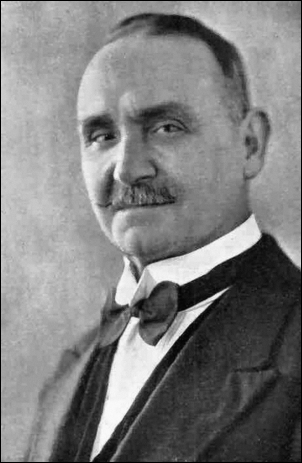 During Mr. Memory’s first stage performance in the film, one of the questions shouted out to him (which he ignores) is “When was Crippen hanged?” Crippen being the well-known murderer Dr. Hawley Harvey Crippen who was found guilty of killing his wife (Cora) and burying her remains in the cellar of his London house before fleeing to the United States. Hitchcock, an avid fan of such crimes, later used a key clue in the case — Crippen saved some of Cora’s jewellery and give them to his mistress — as a crucial plot device in Rear Window (1954).

In real-life, William Bottle knew Dr. Crippen and his wife well and would have had no problems providing the exact time and date of Crippen’s execution, along with the condemned man’s final words. Cora was a music-hall entertainer who used the stage-name “Belle Elmore”, and she often appeared on the same bill as Bottle. After Crippen relieved Bottle of toothache one evening (by apparently yanking two of Bottle’s teeth without an anaesthetic!) the two regularly went drinking together. By all accounts, Crippen was a hard drinker and Bottle later wrote:

Belle told me that he always started the day with a glass of stout for his breakfast, and at mid-day he would make his way to the old Cock Tavern in Shaftesbury Avenue, where he would start off with a whisky and soda, following this up with several glasses of beer — stout usually, with more spirits or wine to follow.

About 15 years after he was hung for Cora’s murder, Bottle got to know Crippen’s executioner (John Ellis) who had retired and opened a barber’s shop. Ellis had been left traumatised by the execution of Edith Thompson in 1923 — Thompson had collapsed in blind terror on the way to the gallows and had to be strapped unconscious into a bosun’s chair before Ellis could slip the noose around her neck. As her body fell, she suffered a massive internal haemorrhage and a large amount of her blood was spilt. Forever haunted by Thompson’s final moments, Ellis eventually committed suicide in 1932.

In 1999, Hitchcock biographer Patrick McGillgan wrote about the director’s links to Edith Thompson and the fact that her father had provided dance lessons to the young Hitchcock (see “Alfred Hitchcock: Before the flickers“):

These lessons were given by a man named William Graydon, whose acquaintance with Hitchcock had a profound effect on the future director. At one time the Graydons had lived in close proximity to the Hitchcock family in Leystonstone […] Graydon was the father of Edith Thompson, who at times, along with her younger sister Avis, helped out with the dance instruction. Theatrically inclined, Edith also appeared in amateur productions in London, which, given his interest in theater, it might be speculated that Hitchcock attended. Certainly Hitchcock did know Edith, although he rarely admitted knowing her; he spoke primarily of the father […] Such was his sensitivity to the Edith Thompson case that [sixty years later] Hitchcock read John Russell Taylor’s draft of his authorized biography and asked for only two specific, minor deletions. One was Taylor’s mention of the Graydon connection. Hitchcock said that his sister was still friendly with Avis, Edith Thompson’s sister, then living quietly in Gants Hill; Hitchcock himself exchanged cards and letters with Avis; occasionally he saw Edith Thompson’s sister, when visiting England. He explained that the dark past never came up between them, and it was part of their bond that Hitchcock pretended not to remember. He didn’t want the book to embarrass Avis.

So, we’re left with the distinct possibility that either Hitchcock or scriptwriter Charles Bennett knew of Bottle’s connection to Crippen (Bottle’s memoirs were published in 1932) and the unanswered “When was Crippen hanged?” was added deliberately to the script.

Arguably one of the oddest moments in The 39 Steps happens around 37 minutes into the film. Hannay has fled from the crofter’s cottage and escapes across the Scottish countryside, with the police giving chase. At the peak of a hill, he looks back over his shoulder and sees a strange contraption in the sky… 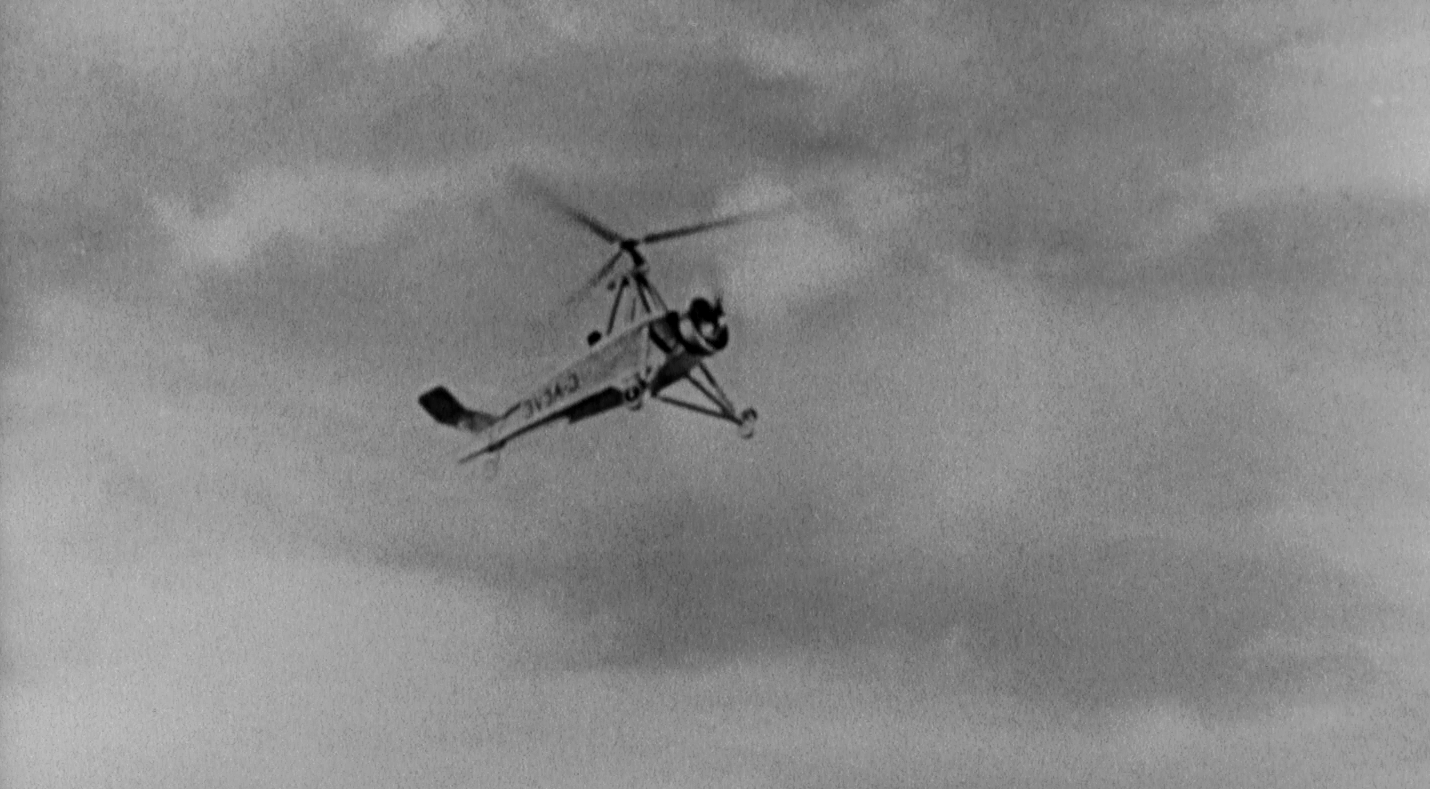 At the time the film was made, autogyros were cutting-edge technology and Scottish industrialist James George Weir was their champion. Along with Spanish engineer Juan de la Cierva, Weir had founded the Cierva Autogiro Company in 1926, based in Hanworth, south-west London, and reportedly commuted to work daily in his own autogyro. Although his descendants have claimed that Weir is actually piloting the autogyro in the film, a cursory glance at the sequence is enough to confirm that what we’re seeing is a rather crude scale model shown against a horizontally scrolling backdrop.

However, the sequence in the film does offer up a few pieces of interesting trivia:

That still leaves us with the question of why Hitchcock inserted the autogyro footage in the first place (I’ve read an unsubstantiated claim that the London Met Police were considering purchasing an autogyro to aid in their fight against crime). If you know, or if you’ve got a theory, please leave a comment!