In the 1997 documentary “The Making of Psycho“, actress Janet Leigh spoke about her reaction to seeing the shower scene in the completed film:

When I saw it and I saw it cut together and I saw the boom, boom, and the music and everything, I absolutely went… I just was crazy. I really screamed. I never take a shower. I cannot take a shower. ‘Cause it never dawned on me until that moment how vulnerable and defenseless one is. It never entered my head until I saw that.

In Leigh’s book on the making of the film — “Psycho: Behind the Scenes of the Classic Thriller” — she expands on her post-Psycho dislike of showers:

It’s true that I don’t take showers. If there is no other way to bathe, then I make sure all of the doors and windows in the house are locked, and I leave the bathroom door open and the shower curtain or stall door open so I have a perfect, clear view. I face the door no matter where the showerhead is. The room, I might add, gets very wet.

Invariably, whenever Leigh did a photoshoot for a magazine article, the photographer would try and coax her back into a shower! We are in a business where you hope to create a believable image, hopefully even a lasting one. That’s our job. So to be in a movie that has kept people’s interest for the last 40 years is very exciting. It’s pleasurable because at least you feel you did your job. I know people aren’t to the extreme that I am and don’t take showers. But people all over the world have said to me that they never go into a shower without thinking about that scene. That’s pretty impressionable.

Anyway, the real purpose of this particular blog post is point out something that I’d never noticed before — I must have watched Psycho at least a dozen times over the years, but today was the first time that I spotted there are actually two showers in the film (kudos if this isn’t news to you!)

When Marion returns to her apartment and packs her suitcase before absconding with the $40,000, her bathroom is briefly visible in the background, complete with a showerhead and curtain. Seeing as the showerhead is so brightly lit, I’m really surprised this is the first time I’ve noticed it! 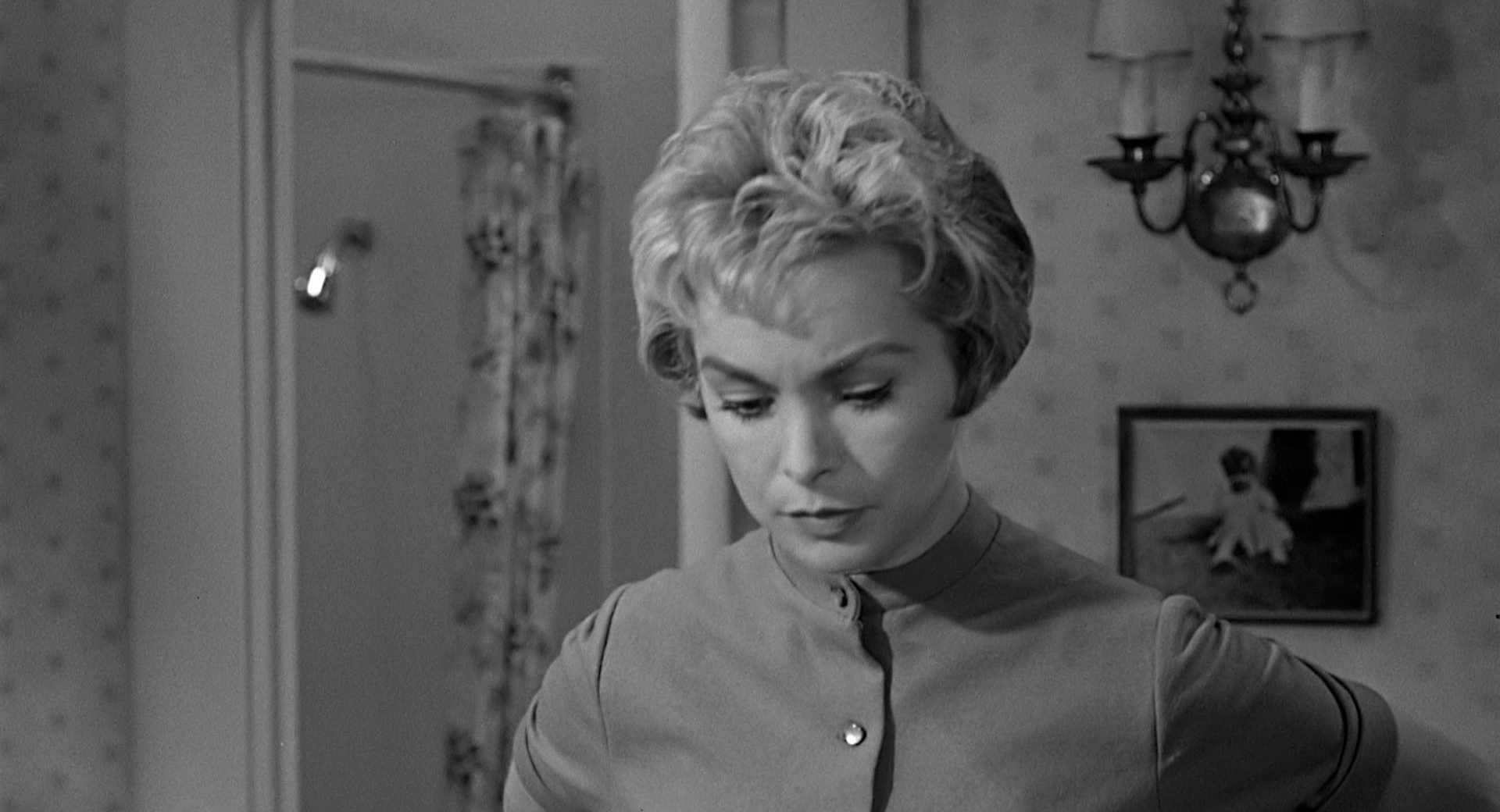 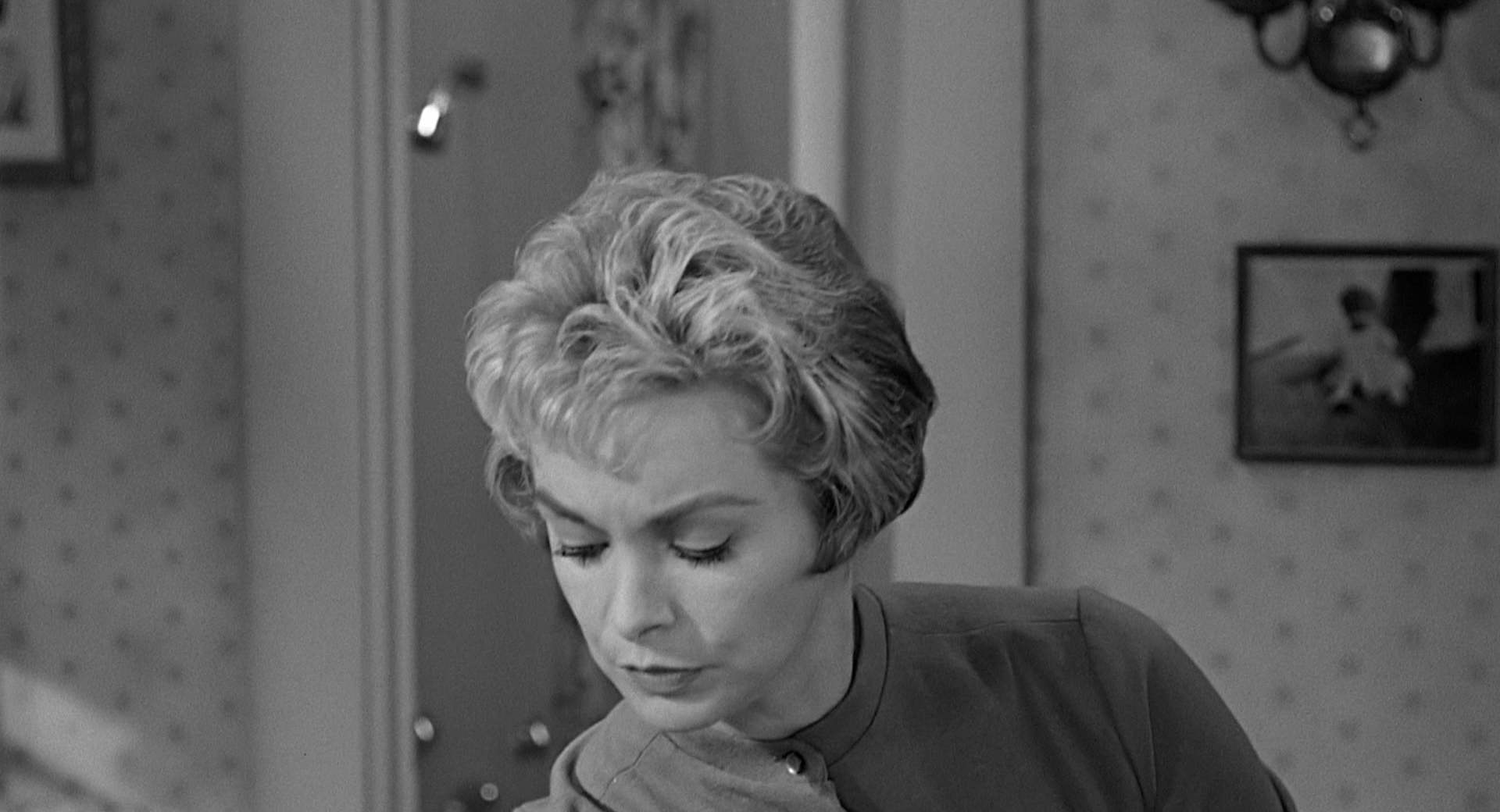 I did briefly wonder if the film crew simply repurposed the Bates Motel bathtub and shower for the apartment set, but the showerhead and bathtub appear to be different to those in the motel bathroom.

2 Responses to “The room, I might add, gets very wet.”