As Patrick McGilligan notes in his biography of Hitchcock, the director detested “the plausibles” — those who analysed his films too deeply and who delighted in finding plot holes.

“I’m not concerned with plausibility,” Hitchcock liked to boast. “That’s the easiest part, so why bother?” Or, as he put it on another occasion, “Must a picture be logical, when life is not?” 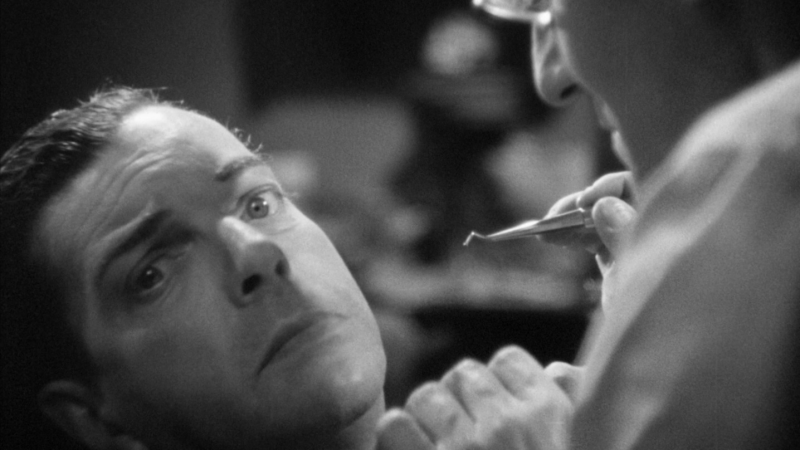 I was reminded of this when I stumbled across this little article published in the “Miscellany” section of the Manchester Guardian (02/Apr/1935):

My dentist was pained — which, of course, is only poetic justice — at a feature of Mr. Alfred Hitchcock’s much-praised film “The Man Who Knew Too Much“…

“Seen the film?” he asked, as he fixed the gag. My attempt to an affirmative noise was evidently understood. “I’m not objecting at all to the fact that one of the Dirty Dogs in the film is a dentist who is silenced with his own gas apparatus,” said the tooth expert, boring into a bicuspid. “But did you notice the showcase of artificial teeth outside the dentist’s premises?”

He took my wince as a he touched the never as a reply and went on: “The date on the Swiss tourist literature at the beginning of the film was 1934. Now do you get the point?” I didn’t.

He explained: “Well, since the Dental Act of 1922 dentists must be on the register, and registered dentists can’t advertise. Those showcases are held to be advertisements. They have been extinct for a dozen years.”