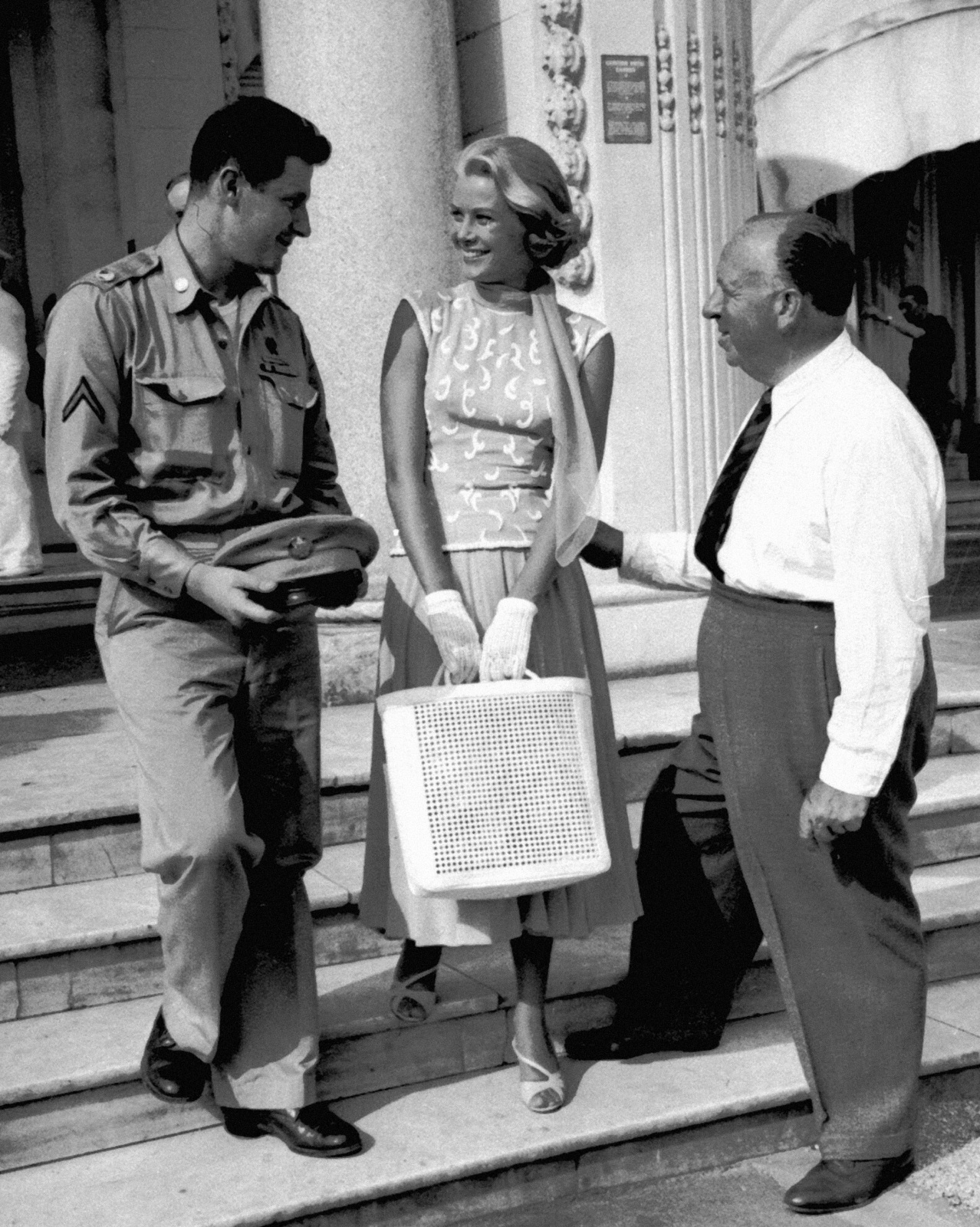 As I’ve said before, I love finding fun bits of Hitchcock trivia and here’s a bit of trivia from To Catch a Thief (1955)!

This photograph shows Grace Kelly and Alfred Hitchcock outside the Hotel Carlton in Cannes talking to an unnamed man in uniform.

With a little bit of online detective work, I’ve found out that he’s named Andy Schummer and came from Sherman Oaks in California. Schummer was interested in becoming an actor but apparently failed to make any progress in Hollywood. It could possibly be that his surname is “Schumer”, which seems a more common surname in California, but contemporary newspaper captions for the photograph all use two “m”s.

Schummer was attached to the US military (can anyone identify what part of the military from his uniform?) and was apparently on leave in the south of France around the time Hitchcock arrived with cast and crew for the location filming in mid-May 1954. Somehow he managed to get himself a small role in the film — perhaps he was spotted by Hitchcock or whoever was in charge of casting crowd scenes, or maybe he just walked straight up to the director?

I’ve not been able to find any evidence that Schummer appeared in any other films — unless he changed his name — but if any of his relatives happen to stumble across this blog post, I’d love to hear what happened next!

The last question is what role did Schummer actually have in the film? In the photograph, Grace Kelly is wearing the pink dress worn in the sequence where she drives Cary Grant to the Sanford Villa (in reality the Château de la Croix-des-Gardes), followed by the picnic overlooking Monaco. However, there is no-one in a GI uniform during those scenes.

I did wonder if Schummer might be playing the role of the man in blue swimming shorts who is seen twice during the film and has a similar hair cut, but I’m guessing this is Jeshurun Howard who is listed as having the uncredited role of “Boy” (named “Claude” in John Michael Hayes’ script). Howard has no other film credits to him name and I’m unable to find his date of birth to see if “Boy” actually means a young man or a child. So, the next time you watch To Catch a Thief, keep an eye out and see if you can spot Schummer. If it helps you, he’s unlikely to appear in any of the interior scenes, as most of those were shot on the sound stages at Paramount.

Posted in Alfred Hitchcock, Grace Kelly, To Catch a Thief (1955) on 4 April 2014 by Dave Pattern
No Comments »
Cancel comment response