The Yorkshire Evening Post carried details of the death of Charlie Brown in December 1936. However, this wasn’t the Peanuts cartoon character created by Charles M. Schulz — this was the head carver at the famous Simpson’s in the Strand:

Charlie Brown is dead. After working at Simpson’s in the Strand for 59 years he was pensioned off two moths ago (writes the London correspondent of “The Yorkshire Post”). Deprived of his barons of beef and shoulders of mutton, he sickened, and for the past few weeks he was critically ill.

Charlie Brown, Simpson’s head carver, was known to gourmets the world over. Himself almost a vegetarian, he claimed to have carved a quarter of a million joints, He was 78, and until he left Simpson’s his hand was steady and eye unfaltering.

His record for a day’s carving was 47 saddles of mutton. Just 12 large helpings came from each saddle as he carved it. His best was 37 saddles in one day, a rush occasioned by the coincidence of the Brewers’ and Motor Exhibitions.

“What’s that got to do with Hitchcock?”, I hear you ask. Well, only a matter of weeks before Mr. Brown died, he was playing himself in front of Hitchcock’s camera during the filming of Sabotage (1936). When Ted (played by John Loder) takes Mrs. Verloc (Sylvia Sidney) and her younger brother (Desmond Tester) to Simpson’s, we see Charlie who delivers a couple of lines of dialogue. 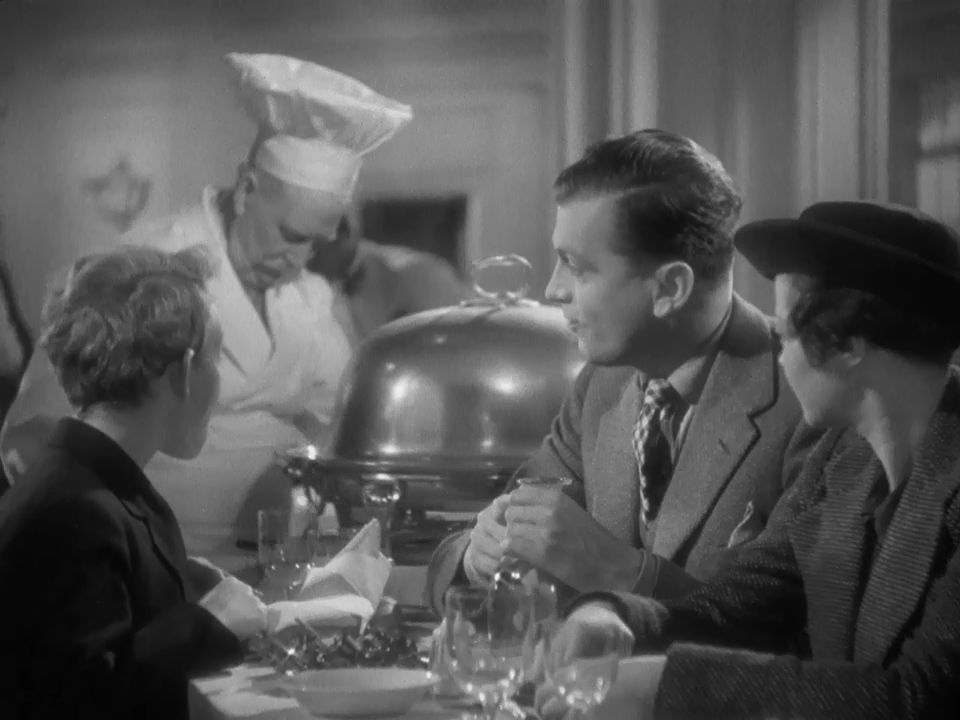 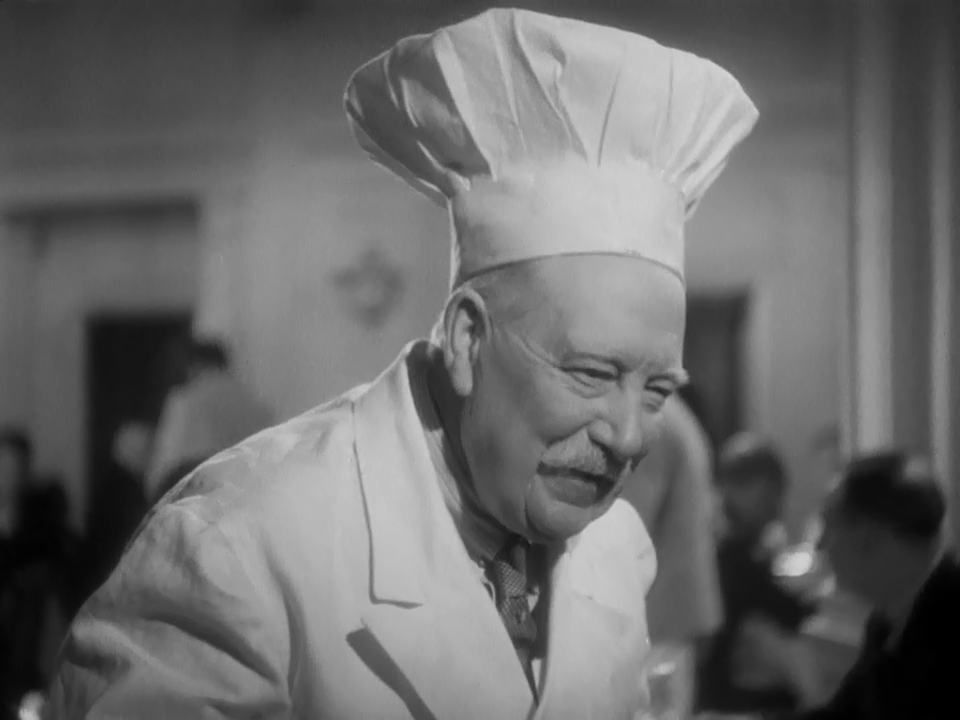 The Yorkshire Post had previously carried this article on August 22nd:

For the first time Simpson’s, the famous Strand restaurant, is being featured in a British film. This most English of eating places is the setting for a scene in “Sabotage,” which Alfred Hitchcock, who made “The Thirty-Nine Steps” and “Secret Agent,” is producing at Northholt. Sylvia Sydney and John Loder play the leading parts.

The scene at Simpson’s shows the head carver, Charlie Brown, at work. He was seventy-eight last February, and has been a carver at Simpson’s for fifty years, during which he claims to have dealt with some 250,000 joints. A saddle of mutton yields Charlie Brown exactly twelve plates, and on one record day he carved fifty-seven saddles.

Alfred Hitchcock would have known Charlie Brown well, as John Russell Taylor noted in his biography of the director, Hitch was a regular at Simpson’s:

[Hitchcock] loved to eat. Already when he was working as a clerk in the City [working for Henley’s] he had taken to dressing up in a city suit and going off by himself to eat in restaurants like Simpson’s in the Strand, the haunt of businessmen who appreciated its fine cuts of meat served from giant joints on trolleys. There, always alone and equipped with the day’s Times, he would eat in solitary splendour, sketching out for himself one of the roles he hoped to play in life. He saw himself, in his fantasies, as a connoisseur of the good things in life, and the good things in life obviously included, according to the traditional image, fine wines with fine food, and brandy and cigars to follow.

Cartoons depicting Brown regularly featured in the menu for the restaurant: