A surprise from the newspaper archives! I knew Hitchcock was considering several potential projects for Transatlantic Pictures, but this one from the Yorkshire Evening Post (27/Mar/1948) was new to me…

Alfred Hitchcock hopes to produce “King Lear” in England, with Orson Welles in the lead. “Hitch” leaves for England early next month to produce “Under Capricorn,” starring Ingrid Bergman. 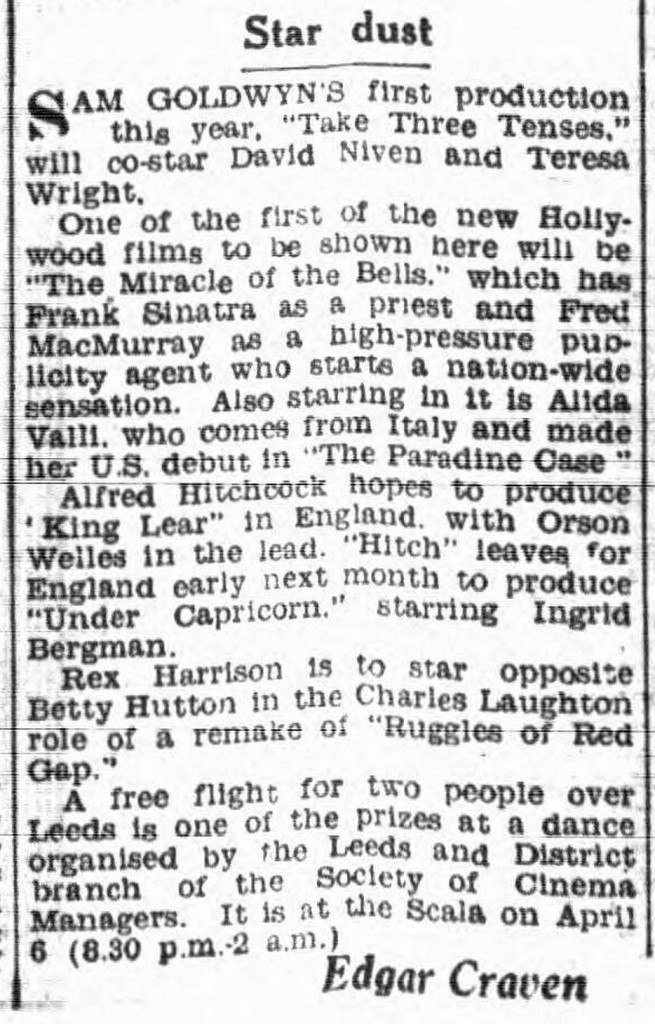 I can’t even begin to imagine how Hitch would have approached filming “King Lear” with Welles! :-)

Whilst we’re on the subject of Shakespeare, Hitchcock took part in a short 20-minute radio debate with Val Gielgud (brother of actor John Gielgud). This was broadcast by the BBC as “Shakespeare: Broadcasting and the Cinema” at 8:40pm on Thursday March 4th, 1937. Sadly, it’s highly unlikely this was recorded for prosperity. The Yorkshire Post called it the “Broadcasting of the Week” in their review: 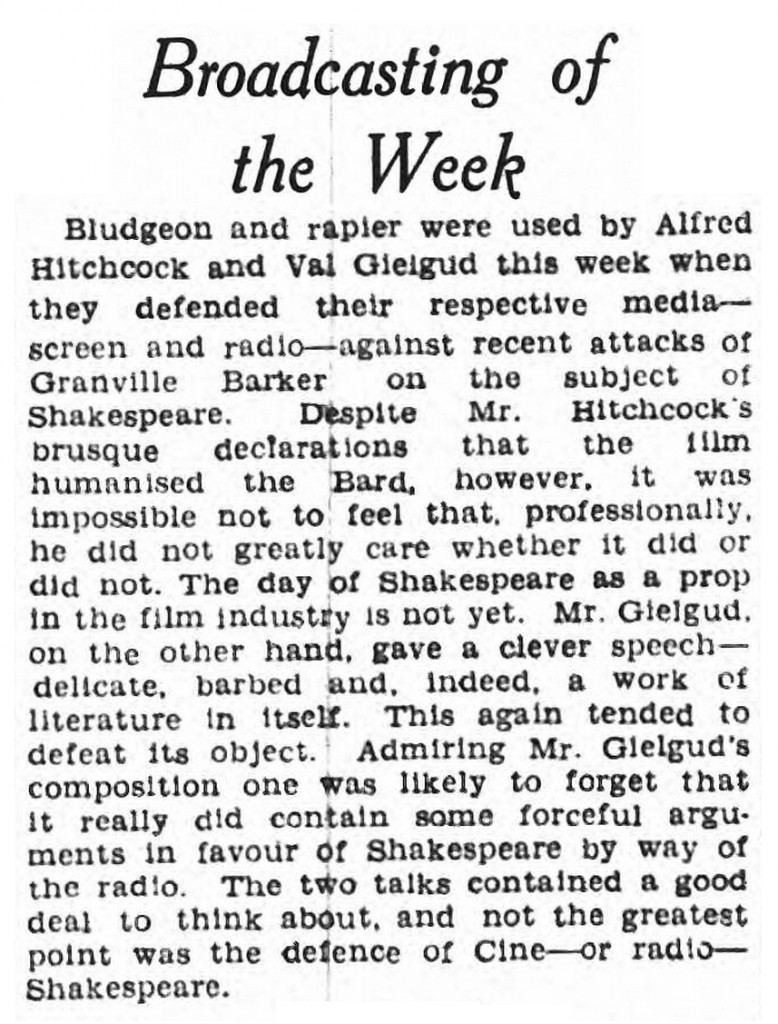 Bludgeon and rapier were used by Alfred Hitchcock and Val Gielgud this week when they defended their respective media — screen and radio — against recent attacks of Granville Barker on the subject of Shakespeare. Despite Mr. Hitchcock’s brusque declarations that the film humanised the Bard, however, it was impossible not to feel that, professionally, he did not greatly care whether it did or did not. The day of Shakespeare as a prop in the film industry is not yet. Mr, Gielgud, on the other hand, gave a clever speech — delicate, barbed and, indeed, a work of literature in itself. This again tended to defeat its object. Admiring Mr. Glelgud’s composition one was likely to forget that it really did contain some forceful arguments in favour of Shakespeare by way of the radio. The two talks contained a good deal to think about, and not the greatest point was the defence of Cine — or radio — Shakespeare.

…and, of course, there was Hitchcock’s idea to film a modern-day version of “Hamlet” with Cary Grant, which was first reported in the mid-1940s… 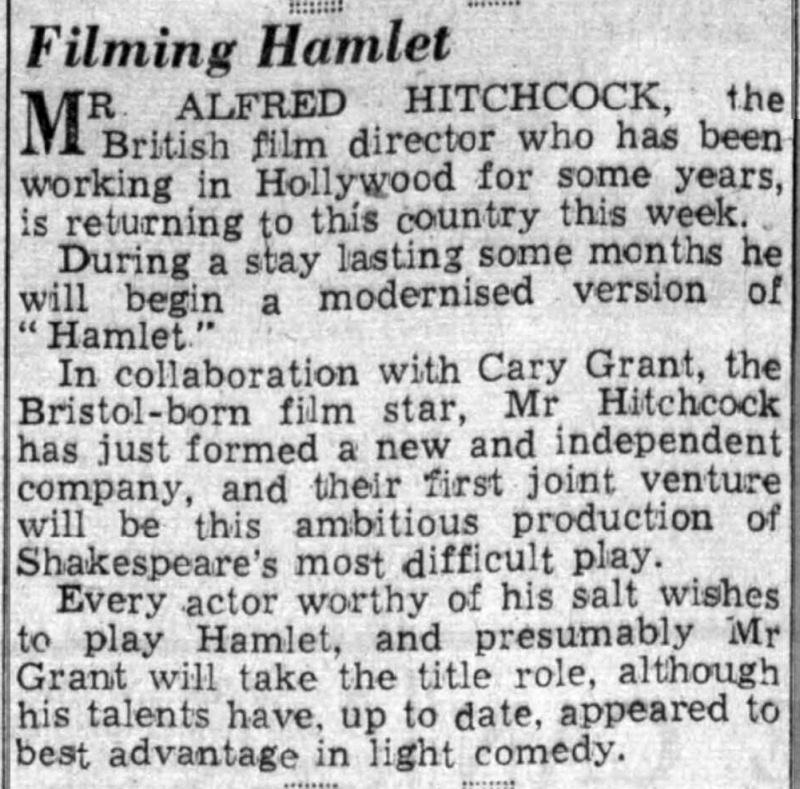 …although seemingly this never went beyond a series of press announcements — Variety reported in December 1945 that the project had been put on hold — that was enough for one Irving Fiske to file a plagiarism suit against Hitchcock for damages of $1,250,000 in 1947.

In 1941, Fiske had written and copyrighted a “transliteration of Shakespeare’s Hamlet into modern English suitable for stage and motion picture production” which he had been trying to interest film studios into producing. In his suit, Fiske claimed the announcement by Hitchcock meant that he was then unable to find a buyer. The case rumbled on until 1954, when Judge William Bondy found in favour of Hitchcock after an 11-day trial. By then, 850 pages of argument and testimony had been produced.

In a final footnote to the trial, Judge Bondy eventually ordered Fiske to pay Hitchcock $5,000 to help cover the director’s legal costs.