Even with the best quality DVD transfer available, it wasn’t particularly conclusive.

Anyway, I’ve just gone back and taken a new set of grabs using the Criterion Bluray transfer. See what you think (I’ve boosted the contrast to make them easier to view)… 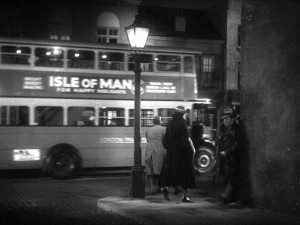 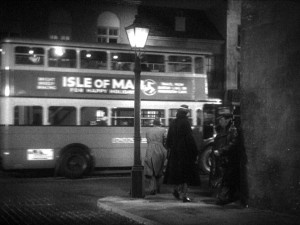 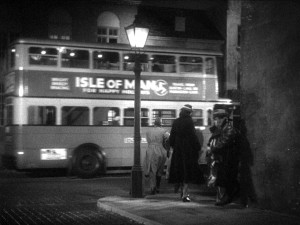 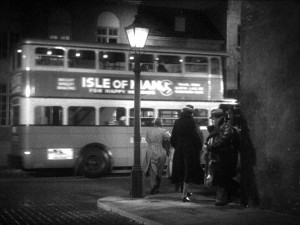 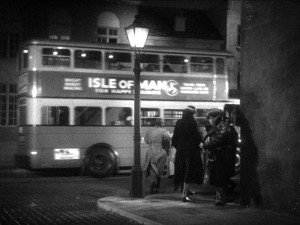 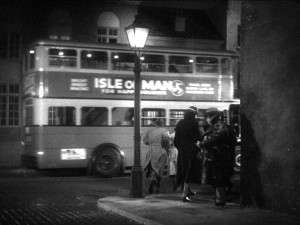 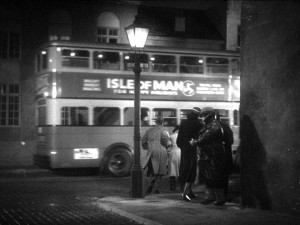 …the figure then crosses the road and is in conversation with a second man (who is mostly obscured), which means his face is turned away from us… 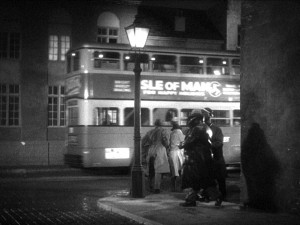 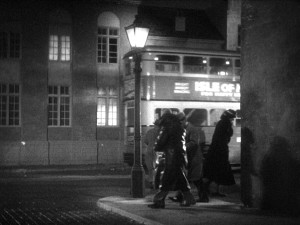 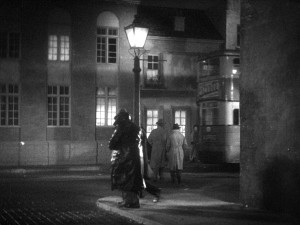 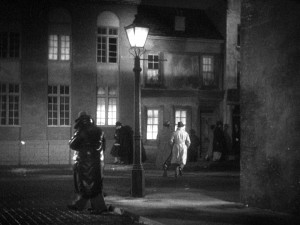 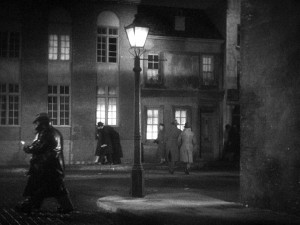 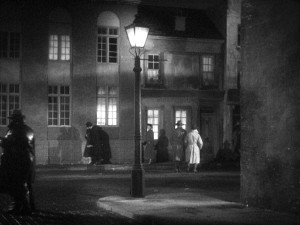 If we assume this is a cameo appearance, then it’s strikingly similar to Hitchcock’s known cameo in his next film, The 39 Steps (1935). In this cameo, Hitchcock also walks with another man (screenwriter Charles Bennett) in the opposite direction to a background bus and is wearing a hat with a darker band. 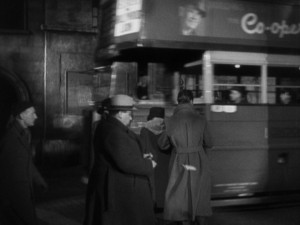 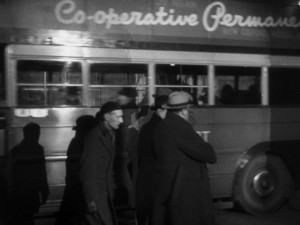 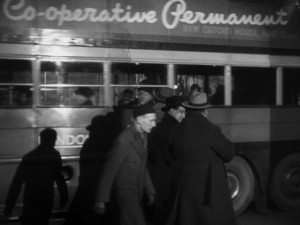 In both films, the man with Hitchcock is of a similar height, so potentially we’re looking at another cameo in The Man Who Knew Too Much with Charles Bennett.

Posted in Alfred Hitchcock, Criterion Collection, The Man Who Knew Too Much (1934) on 30 July 2014 by Dave Pattern
No Comments »
Cancel comment response