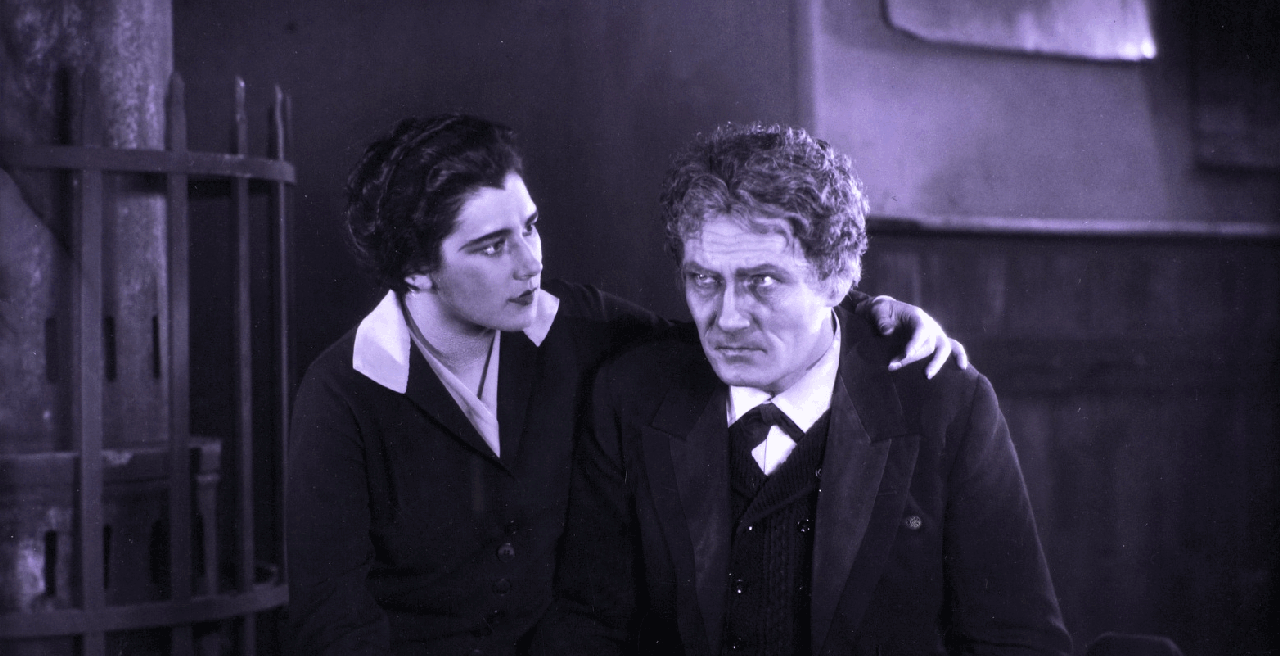 …OK, I’ve not actually found a print of the film, because that would be amazing beyond belief, but what I have found is some new information about what happened to The Mountain Eagle in the UK.

As is well known, both of Hitchcock’s first two full directorial efforts, The Pleasure Garden and The Mountain Eagle, were deemed too uncommercial for release by the distributor C.M. Woolf and languished until positive trade reviews for The Lodger created a wave of interest around the young Hitchcock.

The Pleasure Garden certainly received a release in the UK, but the fate of The Mountain Eagle was uncertain. In his extensive article for the Hitchcock Annual (Hitchcock’s “The Mountain Eagle”), J.L. Kuhns writes that the film received a trade show at the Hippodrome in London on 1st October 1926 and was announced as due for release on 23rd May 1927. The Bioscope also listed other trade shows in October 1926:

However, Kuhns was unable to find any evidence that the release in May 1927 actually happened. Film historian Jenny Hammerton went even further and speculated that the success of The Lodger may have meant the distributor felt the follow-up film (Downhill, also starring Ivor Novello) was more commercial and plans to release The Mountain Eagle were dropped entirely. If nothing else, this would help explain why the film quickly became “lost” — without a wide theatrical release, the print used for the trade shows in October 1926 may have been the only one that existed in the UK (other prints were made for America and Germany).

So, in what I think might be an exclusive for The Hitchcock Zone, we can reveal some new information about what happened next :-)

A hunt through a the British local newspaper archives has revealed that The Mountain Eagle was screened in at least 15 different cinemas in England between June and December 1927. The likelihood is that there are other screenings waiting to be discovered in newspaper archives that I don’t have access to.

One thing to note is that only one advert mentions Hitchcock’s name (City Palace, Exeter, in November). Along with the American newspaper adverts I’ve included, you’ll see that this was very much marketed as a Nita Naldi film. The popular Constance Talmadge appears in “The Duchess of Buffalo,” which is to be shown for the first part of the week. The programme also includes “Oriental Love,” an eastern drama, with Karina Bell in the leading role. The second part of the week will witness the presentation of “The Mountain Eagle,” with Nita Naldi, John Hamilton and Malcolm Keen. It is a great dramatic story of the loves and hates of simple mountain folk. An advertisement in another part of this issue gives full particulars as to the programmes. The story of “The Mountain Eagle” will hold your interest from start to finish. The theme is most unusual, and tells with dramatic force the loves and hates of simple mountain folk. “An eye for an eye and a tooth for a tooth” is Pettigrew’s creed in this production, and the form of vengeance he plans against Fearagod, the idol of the simple villagers, makes a strong film. Nita Naldi as the village teacher is a revelation. Love and friendship make a strong combination in “Then Came The Woman,” at the Regent Hall, Mansfield-road. Frank Mayo. Cullen Landis and Mildred Ryan are the principals. The loves and hates of simple mountain folk are set forth in “The Mountain Eagle,” in which Nita Naldi appears; Betty Bronson and Ricardo Cortez are in “The Cat’s Pajamas,” a story of a little seamstress in New York ; and “The Exquisite Sinner,” an “action comedy,” includes Conrad Nagel and Renee Adoree. “Then Came The Woman,” at the Regent Hall, Mansfield road, tells a story of a strong friendship between two men, which, although severely tried when both fell in love with the same woman, stood the test, and made its sacrifice in one of the most realistic forest fires ever filmed. The action is set in the Canadian lumber country, and the leading roles are enacted by Frank Mayo, Cullen Landis, and Mildred Ryan. That hate is often akin to love is shown in “The Mountain Eagle,” a dramatic tale of the implacable creed of the simple-minded mountain folk — “an eye for an eye.” Nita Naldi, usually seen in a “vamp” part, appears in this instance as the sweet and hardly-used heroine, and Malcolm Keen plays the part of the “Mountain Eagle,” an individual who lives alone in the hills with only his dog for companion. The principal picture to be seen at the Palladium throughout the present week is “The Mountain Eagle” a story of love and hatred amongst mountain folk. There is a feud over a woman between one Fulton and Pettigrew. The latter as the local justice in a small village naturally has considerable power. His cripple son Edward falls in love with Beatrice Brent, the school teacher appointed by his father and gossip is ripe. The narrative unwinds, as it were, from this incident. Beatrice has to seek refuge with Fulton who arranges a marriage to still the tongues, and Edward having fled, suspicion of having caused his death falls on Fulton. There are some striking snow scenes and fine mountain scenery and many exciting moments, such as where Fulton levels his rifle to shoot Pettigrew and the latter faints and falls before a shot can reach him — instances in which the suspense is very ably contrived. The pursuit of Fulton across the snow plains is done with decision and force. A short drama entitled “Life on Lookout Mountain” is an episode in the the life of two girls and a young woodman set in the same beautiful snow-clad hill country. “Close Shaves” is a comedy of a knockout type, and the Gaumont Graphic shows scenes from the pageant at Harlech Castle and sports at Grasmere. The Oakham Picture Theatre was known locally as the “Tin Tabernacle” and was apparently constructed from corrugated iron. A grand Christmas programme commences on Boxing-day, and continues throughout the week. For the first three days will be shown “Don Q, Son of Zorro,” with Douglas Fairbanks in the chief part, a picture for everybody from seven to seventy, with no bar for anybody under or over those ages. Romance, a picturesque hero with ideals of the highest order, a beautiful heroine, and a wealth of fast and furious action with the true Fairbanks’ dash — such is “Don Q.” There will be a special afternoon performance on Boxing-day for children at 2.30, at special prices, when there will be lucky numbers, and many prizes will he given. Performances as usual in the evening. On Thursday, Friday, and Saturday the principal picture will be “The Mountain Eagle,” an unusual story, telling of the strange doings of the narrow-minded people of a mountain village who are led by a disgruntled man to wreak vengeance upon a man innocent of crime which he is said to have committed. There are snow scenes and fine mountain scenery in this thrilling picture. As well as British local newspapers, I found a few showings in American newspapers too. The US print was available from distributor Lee-Bradford from November 1926 onwards.

The US newspapers include a couple of interesting pieces of information: firstly Naldi’s character has been renamed “Gladys Martin”, and secondly, the dog that featured in the film was called “Major”.

The American newspaper archive that I have access to only had relatively low resolution scans of the papers, so apologies for the size of some of the images!

The latest picture to star Nita Naldi is “The Mountain Eagle.” It’s one of the best this popular star has ever appeared in. Primitive passion’s play a strong part in the lawless country where the mountains rear their majestic peaks and the eternal snows menace the unwary and where the bullet is a law unto itself. Miss Naldi is cast a s a primitive mountain lass and her work is all that could be desired. There are more than the usual number of thrills even for a Naldi picture and the picture, in addition, offers some scenic gems. When Nita Naldi’s name flashes in the electric lights it’s a sure sign to expect a rare picture entertainment, and there will be no disappointment when her name is announced and she flashes on the screen in “The Mountain Eagle” at the Nile tonight. For here is an unusual picture with plenty of thrills, gorgeous scenery amid the snow-clad regions of the mighty mountain ranges. It’s a new type that Miss Naldi portrays and she does it even better than anything she has done before. “The Mountain Eagle” is the attraction at the Nile theater today only with five acts of vaudeville. An attempt at a transcription for this poor quality scan is given below:

“The Mountain Eagle,” the feature Saturday which will be shown on the program, presents Nita Naldi and Major the new dog star in the leading roles. The action in the picture is laid in the snow-clad ??? region where primitive passions rule(?) and the law of the bullet prevails. This affords Nita Naldi the opportunity to display her talent in a new role. The many followers of this attractive star will find a pleasing performance. In a new side(?) to her acting which places Nita Naldi on a higher place(?) than ever. Of special note are many of the ??? marvelous mountain ??? photographed in the depths of winter. So, whilst we’re still no closer to finding an elusive copy of this long-lost film, at least we can be confident that a minimum of four prints (along with the camera negatives) existed in 1927 — at least one print circulated in America, another in Germany, and at least two prints were needed for the limited theatrical release in the UK.

Who knows, maybe one day we’ll be able to say “The Mountain Eagle has been found!” for real :-)