I take my hat off to the designer of this wonderful advert for Saboteur (1942) which appeared in the Texan Sweetwater Reporter newspaper in July 1942! This was a highly opportunist piece of advertising, as the two agents seen in the photograph were amongst a group of eight German saboteurs arrested as part of the failed “Operation Pastorius” just a couple of weeks prior to the advert being placed. On the left is Ernest Peter Burger and on the right is ring-leader Edward John Kerling. All eight men were found guilty and six of them were executed, including Kerling. 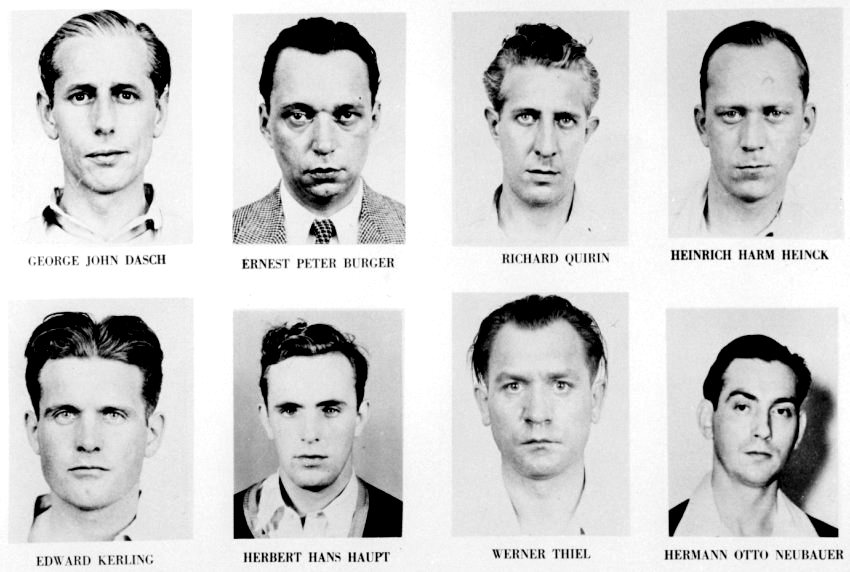 You can read more about the saboteurs at these links:

This wasn’t the only piece of opportunism linked to the film — after Hitchcock heard the news that the French liner SS Normandie had capsized in the Hudson River, New York, he dispatched a newsreel team to film the ship from a moving car so he could incorporate the footage into Saboteur. According to Hitchcock, the U.S. Navy “raised hell” about the film’s implication the Normandie had been sabotaged. 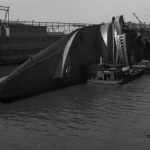 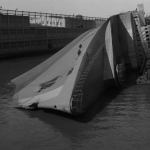 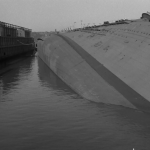