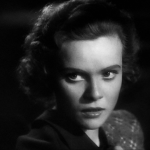 I’ve been planning to write something about J.M. Barrie’s Mary Rose for a while now, but I thought I’d share this little bit of trivia that I don’t think any of the Hitchcock scholars have stumbled across before… On Sunday 11th September, 1938, BBC Radio broadcast an adaptation of Mary Rose starring Nova Pilbeam, Griffith Jones and Irene Rooke. Pilbeam had previously appeared in The Man Who Knew Too Much (1934) and Young and Innocent… (read more)