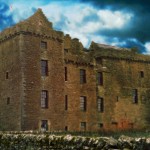 The list of Hitchcock projects that failed to move into production (or even pre-production) is long and relatively well documented. However, I believe this is one which has been missed by Hitchcock scholars — a project to film John Buchan’s Huntingtower. It’s well known that Hitchcock was a fan of Buchan’s novels and he would eventually adapt The Thirty-Nine Steps in 1935. It is also well-known that he considered adapting two other Richard Hanney novels… (read more)