The Birds is Coming? 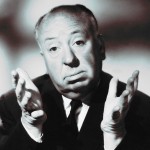 Here’s a little curio which appeared in the San Antonio Light newspaper on 26th April 1945, nearly 20 years before Hitchcock made The Birds (1963). In an article titled “Peace Plans Pour Into Conference”, the newspaper apparently asked Hitchcock what might happen if there was another world war… [Hitchcock] believes that birds will inherit the earth, if there is another war. He told us recently: “Crows, probably. You can see that they’re working that way… (read more)

Posted in Alfred Hitchcock, The Birds (1963) by Dave Pattern
One Comment » 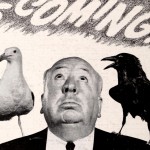 The Birds is Coming (again?) 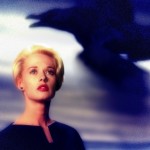 Just when you thought it was safe to go back into the cinema, a number of websites are reporting that Michael Bay is still trying to get a remake of The Birds (1963) off the ground. If you’ve got a long memory, you’ll know that Bay has been pushing this project since 2005. Universal’s ‘The Birds’ Redo Nabs Dutch Director Diederik Van Rooijen ‘The Birds’ Remake Gets Its Director Back in 2005, Tippi Hedren was… (read more)

Posted in The Birds (1963), Tippi Hedren by Dave Pattern
One Comment »

The Birds as Words 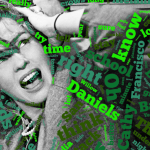 A combination of a publicity still for The Birds, dialogue from the shooting script and Tagxedo… 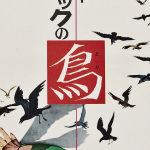 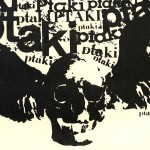 The ideal car for a jaunt up to Bodega Bay 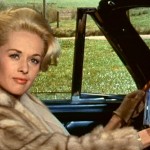 Reading the advert, I’m not 100% sure if the seller is claiming this is the actual car used in the film or not, but the Marreyt Classics web site has a LHD Aston Martin DB 2/4 Convertible up for sale… Whether or not it was used in the film, it would be the ideal car for a quick weekend jaunt up to Bodega Bay… The fully retractable hood would come in handy should the local… (read more) 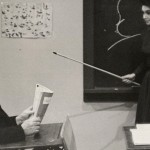 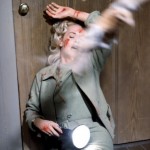 Quite a few people have already blogged about this, but toy manufacturer Mattel are releasing a Barbie doll of Tippi Hedren‘s character from “The Birds” in time for Halloween… More details are available on the Entertainment Earth web site. Of course, this isn’t the first time that Hedren has been turned into a doll. Hitchcock had makeup artist Robert Dawn create a lifelike doll of the actress, which was presented to her young daughter (Melanie… (read more)

The Birds – free entrance with this mask! 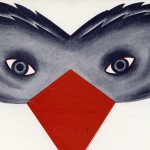 Via Google News, I found this wonderful piece of “The Birds” memorabilia for sale on the Movie Poster Studio web site… An article on the CinemaRetro web site goes into more details… The concept behind this particular bird-brained scheme was to allow members of the public free entry to screenings, as long as they were wearing the mask, and as long as they could match a number printed on the back of the mask with… (read more)